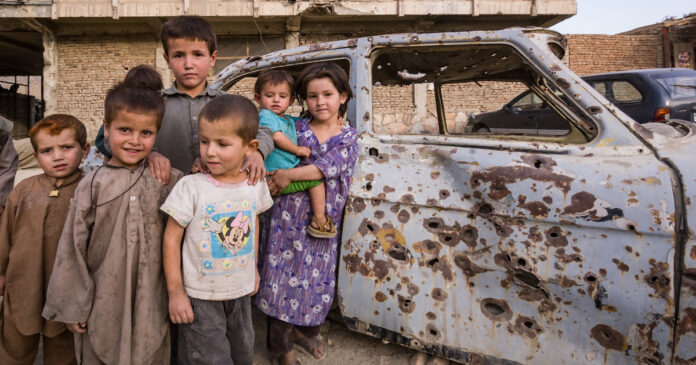 Many in America right now are not at all happy with our current leadership, either in Washington or those military leaders who advised the White House to leave Afghanistan in such a hurry. And for most of us, we aren’t afraid to voice those opinions or let it be known that Democratic President Joe Biden, Army General and critical race theory loving Mark Milley, and Marine General Frank McKenzie failed us.

However, it seems the same cannot be said for the brave men and women who risked it all to serve our country, the enlisted. Instead, it seems their God and Constitutional-given right to free speech and more has been rescinded.

Take the case of Lt. Col. Stuart Scheller, for example.

He recently released a short video on social media expressing his displeasure with our leaders and implying that he’s not the only one who wants to see justice done and accountability be taken for the actions taken or not taken in Afghanistan.

Scheller said, “People are upset because their senior leaders let them down, and none of them are raising their hands and accepting accountability or saying, ‘We messed this up.’”

And for that little tirade, Scheller was arrested and locked up at Camp Lejeune, North Carolina. Apparently, his video is guilty of showing contempt toward officials, failing to obey lawful orders, willfully disobeying a superior officer, and committing conduct unbecoming of an officer.

All for saying that “people are upset.” Hell, he didn’t even say that he was upset…

Another example comes to us from a recent Donald Trump rally, in which Lance Cpl. Hunter Clark was in attendance, according to Task & Purpose. Now, if Clark’s name is at all familiar, it is likely because his picture went viral shortly after the evacuation of Kabul. He was the Marine who hoisted a baby up over the walls of the Hamid Karzai International Airport to save its life.

However, now safely at home, this hero has not been treated as such, at least not by his commanding officers.

At a recent Trump rally, the former commander-in-chief recognized Clark and asked him to join him on the stage to honor his bravery and patriotism. Clark was neither in uniform nor spoke on behalf of Trump or any other political figure.

And yet, he is now under investigation for possibly violating the military’s ban on active-duty troops engaging in partisan political activity.

According to spokesman Capt. Kelton J. Cochran, “the 24th Marine Expeditionary Unit (MEU) has initiated a command investigation regarding LCpl Hunter Clark’s attendance at the event last weekend to determine if any (Department of Defense) policies were violated.”

Basically, it’s a witch hunt, as Trump likes to call it.

So what did Clark say that could have gotten him into trouble? Well, nothing really.

Once on stage beside Donald Trump, he told the audience his name, where he was from, and reminded everyone of his recent claim to fame, i.e., saving that baby in Kabul. He noted that it was one of the “greatest things” he’d ever done. He said he was extremely thankful for all the support he’d been shown from “y’all and was “glad to be home.”

That was it. No mention of Trump. Not a word about Biden. No political jargon. Just a short and sweet introduction of himself and a thank you.

But apparently, those higher up on the food chain didn’t like him going to the rally, let alone being recognized by our former president, who, by the way, hasn’t even announced another political run yet. And so, they are going to punish him for it if they can.

Meanwhile, those responsible for getting 13 of our bravest men and women killed by the Taliban, as well as leaving behind literally thousands of American citizens as well as a whole slew of our allies, get off without so much as a slap on the wrist.

Seems a little off, doesn’t it?