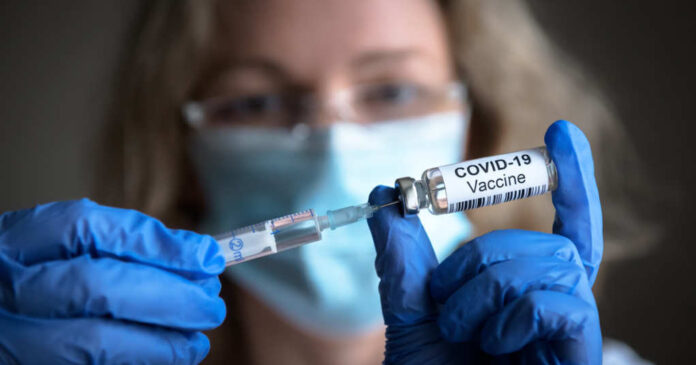 As you well know, Democratic President Joe Biden has recently put out an unconstitutional and liberty violating mandate requiring all companies with 100 or employees nationwide to force vaccines. But while some states like liberal New York and California have eagerly accepted the loss of freedom, others like Arkansas are pushing back a bit.

In the Natural State, Republican lawmakers have been unable thus far to oppose the mandate entirely. However, they have found a way to possibly create some loopholes and protections for employees who either do not need or just don’t want the vaccine.

According to the Arkansas Democrat-Gazette, the state’s Republican Party has introduced legislation that would provide exemptions from the vaccine as a condition of employment for those who can prove that they already have immunity to the disease.

As you may know, just as with any other illness, should you have had it, your body builds up immunity to it, which can be seen by taking a simple antibody test. These antibodies prevent your body from being ravaged by it again, should you come into contact with it, and can even lessen the likelihood of you getting a different strain of the same disease.

The legislation would allow those who have built up this natural immunity and can take an antibody test to prove it to not be forced into vaccination.

Another part of the legislation would also move in favor of those who simply don’t want the vaccine to be exempt. Instead of being double-jabbed, they would receive regularly submitted COVID tests which, naturally, would have to have negative results.

According to Republican state Senator Kim Hammer, “This is what we felt we could get through to give employees some protection.”

As the Democrat-Gazette reports, both the state’s House and Senate have a Republican majority. As such, both legislative houses and their respective public health committees have put forth nearly identical bills to achieve these goals.

At least this way, should a company choose to punish an employee for refusing the vaccine for one reason or another, there is some protection from them being kicked out into the street with the opportunity for unemployment benefits, which unfortunately is already becoming a popular thing to do in certain circles.

While those on the far left have turned more and more in recent months to pay out unemployment benefits to anyone and everyone who doesn’t want to work, it seems the same cannot be said of those who would refuse their beloved vaccine. According to more than a few on that side of the fence, no compassion should be shown to anyone who might be hesitant about what the vaccine is and what it may or may not do to them.

At least in Arkansas, it seems as those people will at least have a fighting chance.

Then again, Republican Governor Asa Hutchinson may not be inclined to approve and sign either bill. As the outlet reported, Hutchinson is of the mind at the moment that his lawmakers should be focusing on one thing and one thing only right now: redistricting, following the 2020 Census results being released.

And these twin bills certainly don’t have anything to do with that.

According to Hutchinson, “To use (the extended session) as a means to bootstrap yourself into a whole host of other issues doesn’t make sense to me and it doesn’t seem to fit within the constitution.”

I’m sorry, but aren’t the concerns and needs of the citizens the main priority here? Shouldn’t the possibility of someone’s constitutional freedoms being trampled on matter more than making sure the right number of votes are given to one political party or another despite being crunched for time?

Besides, Hutchinson admitted that he hasn’t even read either of the bills yet to see what they are really all about. Shouldn’t he at least read them before he decides that they aren’t worth his time at the moment?

Hopefully, he changes his mind, or the lawmakers and people of his state let it be known that their voices matter a bit more than changing district lines a few hundred feet.