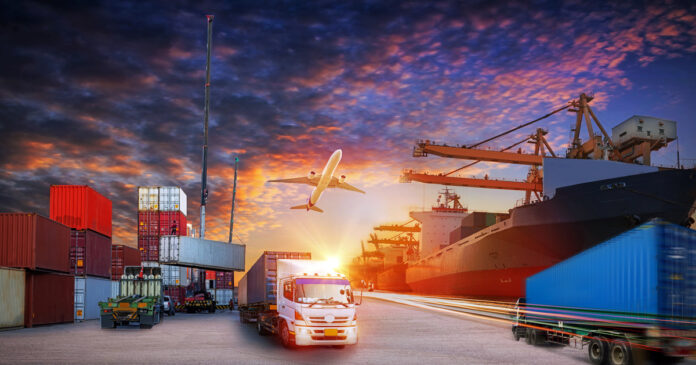 President Biden promised us so many things. One by one, he’s broken them all.

During the Trump administration, the economy was prospering. Even with the pandemic, life went on. Businesses were opening back up and people were getting the tax breaks they needed to move forward.

Now, in Biden’s America, we’re faced with one problem after another.

The latest problem is one that has been hidden under the surface for a while. We noticed it here and there – a lack of toilet paper on the shelves, a longer shipping time for a puzzle, or even an unanticipated wait for roofing materials.

The supply chain is broken – and it’s easy to see the problem if you look at the sheer number of container ships that are anchored off the coasts of New York and California.

Yet, there’s a problem. The container ships have to wait four weeks (or longer) to unload their shipments. Why? There’s no one to unload them.

According to the Daily Mail, there are dozens of cargo ships off the coasts of Dem-run cities that face “shocking wait times of up to four weeks and railyards and trucking routes are hopelessly clogged due to the lack of manpower to unload goods.”

We could point the finger at California and New York governors for this problem. Their democratic approach to governing has screwed over the entire country. They wanted to close businesses. They wanted to pay people unemployment for far longer than necessary. And as a result, people don’t feel like going to work anymore. They collected so much unemployment that they forgot what it was like to have to earn a paycheck.

Now, with more businesses than ever opening back up and hiring staff, people can have their pick of jobs. Many feel as though they don’t have to work in a cargo yard anymore. They can go on to bigger and better positions.

The problem is that with no one wanting to work in those positions, the containers can’t be unloaded. They can’t distribute the product around the country. It’s why shelves in grocery stores look perpetually empty. It’s also why people are finding that they have to wait longer and longer for the goods they order.

This is also combined with so many of the restrictions that have been in place at the ports…which are, of course, run by the Democrats.

There’s another problem. Consumer demand is higher than ever. With the pandemic in place, people aren’t traveling as much. They’re not going to concerts or the movies, either. It means they have more money to spend on other things, such as electronics, toys, clothing, and other goods.

It’s shocking that with Biden’s moronic way of governing that the country is even still alive and kicking. If the country were a patient and Biden was a doctor, it would have already been declared dead.

Daily Mail hit the nail on the head when they said, “Supply chains are the artery that feeds our entire ecosystem. The government needs to intervene to stop this crisis immediately, or face increased inflation and unemployment, and economic breakdown – or face an end to global trade.”

But the government isn’t very good at intervening to stop crises. Otherwise, we wouldn’t have the illegal migration issue that we have, either.

With insufficient staff, ridiculous protocols at the port, and lines that only get longer, it’s only a matter of time before we see the supply chain break in a way that can’t be fixed.

As for holiday shopping, you better start now because Biden’s going to blame Santa, not himself if your kids don’t have toys under the tree.