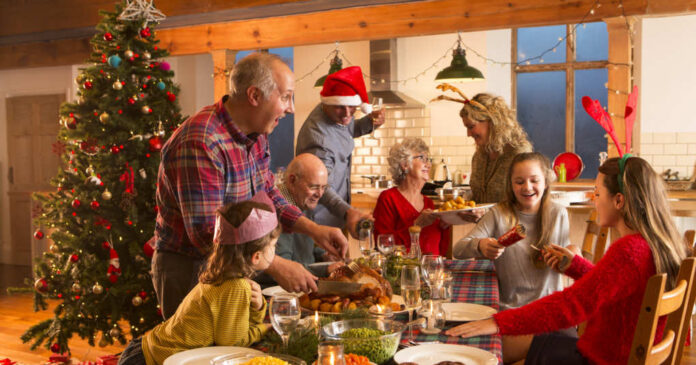 If 2020 taught us anything, it’s that the situation with COVID-19 has always been fluid. Now Dr. Anthony Fauci has taken this to a whole new level. In the early days of the pandemic, the numbers would change daily by vast amounts. Recommendations for avoiding the virus were incredibly contradictory and depending on when you heard them the information could have changed. Next came all the theories of the origins of the virus, and who was responsible. All the whole Dr. Fauci preached a semi-consistent storyline.

Then over this past weekend, Dr. Fauci was asked about the Christmas plans for Americans and told CBS’ Face the Nation that it was “too soon to tell”. A day later, Dr. Fauci appeared on CNN to clarify his statement after alleging that it was being taken out of context. “I was asked, what can we predict for this winter like December and Christmas…I said we don’t know, because we’ve seen slopes that went down”. Yet if you watch back Face the Nation his words were chosen very carefully.

Face the Nation host Margaret Brennan posed the question “But we can gather for Christmas or it’s just too soon to tell”? A fair and responsible question to ask as people prepare to get together for the holidays. Much the same Dr. Fauci’s initial response of “You know, Margaret, it’s just too soon to tell. We’ve just got to concentrate on continuing to get those numbers down and not try to jump ahead by weeks or months and say what we’re going to do at a particular time.” Is in stark contradiction to his “I will be spending Christmas with my family. I encourage people — to have a good, normal Christmas with your family” message on CNN.

Now, this begs a very serious question. Are these selective answers for selective audiences; or are people taking things and twisting them to become more of a tabloid than a legitimate news source? Given the track record Dr. Fauci brings to the table, it is more likely than not that his words were not being twisted. Rather he gave in to pressure to change his statement and encourage people to travel. Thus, potentially keeping the economy from slipping back as it has for the last 16 months, and saving President Biden from more misinformation from going out.

With the constant flip-flops coming from this administration it’s no wonder people find themselves frequently confused and that local government is having to step up and put out information and guidance. Because of this, the rules and values change location to location, and often on the whims of local leadership’s influencers. Take for example LA. Extremely restrictive rules, lowest rates in the country. Compare that to other places like FL where the Governor has been preventing local leadership from instituting random laws/rules and yet the numbers are only moderately higher than LA.

This big change in restrictions with minimal improvement is a correlation with the virus mutating. This should show everyone that being healthy, spending time outdoors, and eating healthy is just as crucial as the vaccine or mask-wearing to prevent yourself from getting this horrible disease; maybe even more so. Keeping people free to make their own choices has been a cornerstone of America for decades. This hasn’t been a problem before recently, and it never should have been in the first place.