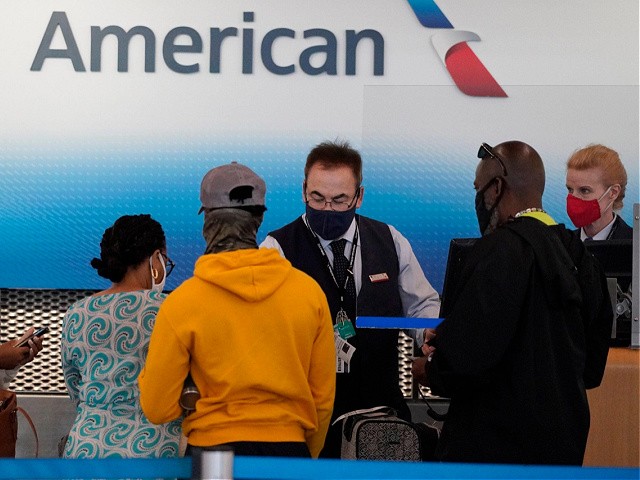 According to the Observer, the airline sent an email to all of its U.S. employees on Wednesday telling them they must be fully vaccinated by November 24 or face getting fired.

“To be clear, if you fail to comply with the requirement, the result will be termination from the company,” part of the email said, according to the Hill.

At least 125,000 workers will be subject to American Airlines’ mandate, according to a 2020 workforce demographic report. The company, which is headquartered in Fort Worth, Texas, already lost more than 30,000 employees in 2020 due to a combination of voluntary employee separations, retirements, and management reductions, the Charlotte Business Journal reported.

The airline will require all employees to submit proof of vaccination via a company portal, including employees who have already submitted their records, with some exceptions. The company will be accepting religious and medical exemptions, according to the report, though there will not be a testing alternative to vaccination. American Airlines said its mandate is in response to President Joe Biden’s order requiring federal contractors to have vaccinated employees by December 8.

American Airline employees have already begun protesting the mandate, with hundreds of employees gathering outside of the company’s Texas headquarters on Thursday, according to the Dallas Morning News. According to Newsweek, airline worker unions are warning that “firing unvaccinated workers may worsen worker shortages and employee burnout, both which have worsened during the ongoing pandemic.”

The company is not the only one to mandate vaccination for its employees. United Airlines was the first airline to do so, though the company has been accused of religious and medical discrimination and is being sued by its employees. Southwest, Jet Blue, and Alaska Airlines have also joined the ranks. Delta Airlines is the only major player not to require all of its employees to get vaccinated against the Chinese coronavirus.