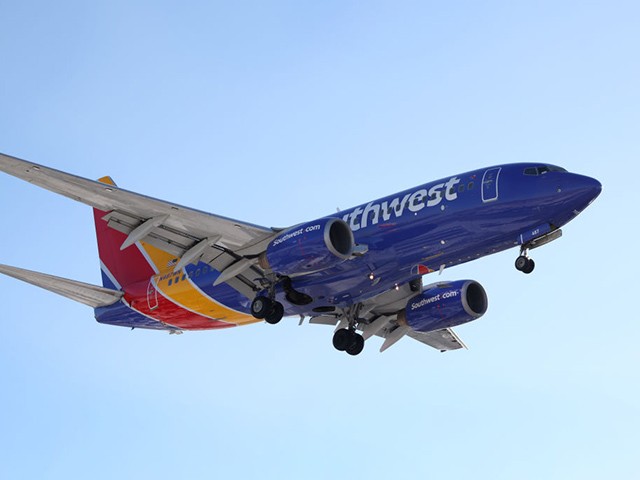 “Southwest Airlines canceled more than 1,800 flights this weekend, disrupting the travel plans of thousands of customers and stranding flight crews, blaming the meltdown on a combination of bad weather, air traffic control and its own shortage of available staff,” reported CNBC.

In a note to staff on Sunday, Alan Kasher, executive vice president of daily flight operations, said that the airline “did not anticipate” the series of disruptions that arose over the weekend.

“I know this is incredibly difficult for all of you, and our customers are not happy,” said Kasher.

“Although we were staffed for the weekend, we could not anticipate the significant disruption that was created from unexpected ATC issues and bad weather across our Florida stations,” he added.

The Federal Aviation Administration (FAA) said bad weather and staffing issues in Florida contributed to a “few hours” of flight delays on Friday afternoon at the Jacksonville Air Route Traffic Control Center, which “controls airspace in five parts of Alabama, Georgia, Florida, North Carolina and South Carolina,” according to CNBC.

“No FAA air traffic staffing shortages have been reported since Friday,” the FAA said. “Some airlines continue to experience scheduling challenges due to aircraft and crews being out of place. Please contact the airlines for details about current flight schedules.”

Chris Bianchi, a meteorologist out of Denver, told CNBC that he did not see the type of severe weather that would have caused massive flight delays. “Based on what I’ve seen, there didn’t appear to be any high impact weather that would’ve significantly affected Southwest operations yesterday or today,” he said.

On Friday, the Southwest Airlines Pilots Association (SWAPA) filed a lawsuit asking that a federal judge “temporarily block the company from carrying out federally mandated coronavirus vaccinations until an existing lawsuit over alleged U.S. labor law violations is resolved,” according to Bloomberg.

“The new vaccine mandate unlawfully imposes new conditions of employment and the new policy threatens termination of any pilot not fully vaccinated by December 8, 2021,” the legal filing said. “Southwest Airlines’ additional new and unilateral modification of the parties’ collective bargaining agreement is in clear violation of the RLA.”

Southwest Airlines said that it disagrees with SWAPA’s “claims that any Covid-related changes over the past several months require negotiation,” adding that the company will continue working with the union it keeps “navigating the challenges presented by the ongoing pandemic.”

Despite the peculiar timing of the cancelations, SWAPA leaders told CNBC that pilots were not participating in a massive strike, blaming the airline’s “poor planning.”

“We can say with confidence that our Pilots are not participating in any official or unofficial job actions,” SWAPA said.

“Our Pilots will continue to overcome SWA management’s poor planning, as well as any external operational challenges, and remain the most productive Pilots in the world,” the union added.

Whether or not the pilots staged a mass protest, people on Twitter expressed support for their fight against the company’s vaccine mandate.