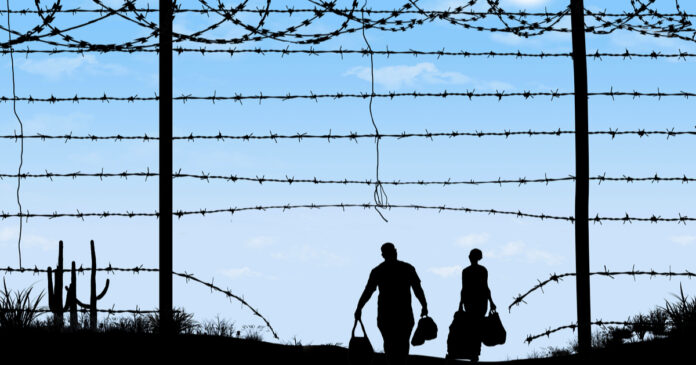 The border crisis is starting to affect the entire nation. After all, Biden’s capture and release is essentially giving those who enter the country illegally free rides into other parts of the U.S. There’s no reason to stay in the state that you snuck into – Biden will take you anywhere you want to go.

With the growing problem of the United States being turned into a sanctuary country, more GOP states are beginning to team up with Texas, Arizona, and other states that sit on the border. After all, if Biden and his band of merry liberals aren’t going to do something, it’s up to the states, right?

Idaho is the latest state to consider sending National Guard to the southern border. Since DHS has pretty much abandoned the border, the states need all of the help that they can get.

Well, not everyone in Idaho believes it’s a good idea to get involved.

McGeachin was playing governor while Brad Little was in Texas where he met with Abbott and several other Republican governors. These GOP governors were talking about how Biden was poorly handling the issues, if you can even call doing absolutely nothing “handling.”

McGeachin wrote a letter to Garshak to find out what steps would be needed to move forward, explaining that “as of Wednesday, my constitutional authority as Governor affords me the power of activating the Idaho National Guard.”

Apparently, however, McGeachin is doing this without the approval of the actual governor — Little. This is when Little tweeted out that he will be rescinding and reversing “any actions taken by the Lt. Governor when I return.”

As far as Garshak is concerned, he explained that he was unaware of any request for the state’s National Guard from either Texas or Arizona. He went on to explain how the National Guard is “not a law enforcement agency.”

Idaho is considering the possibility of offering assistance to the border states, but they have yet to make any kind of commitment. The Emergency Management Assistance Compact (EMAC) allows states to ask for help from other states when there is a disaster or emergency. What’s happening at the southern border qualifies as both as it is both a disaster and an emergency.

McGeachin wants to jump in and help. Little isn’t sure if they want to send the help. Meanwhile, Garshak wants to look the other way and claim that the National Guard shouldn’t be helping when it’s an issue of law enforcement.

If Idaho doesn’t want to play, that’s fine. There are plenty of other states who are willing to play. Perhaps until the state is plagued by mass amounts of illegal migrants, they won’t realize just how critical it is to step up and defend our southern border.

Until Idaho reaches a complete decision as to whether they’ll provide assistance or not, we can be entertained. There’s obviously a pissing match between the governor and the Lt. governor that has been going on for months. Little needs to gain control of McGeachin…and, then, he needs to realize sending help to Arizona and Texas are within the best interest of his state and the entire country.