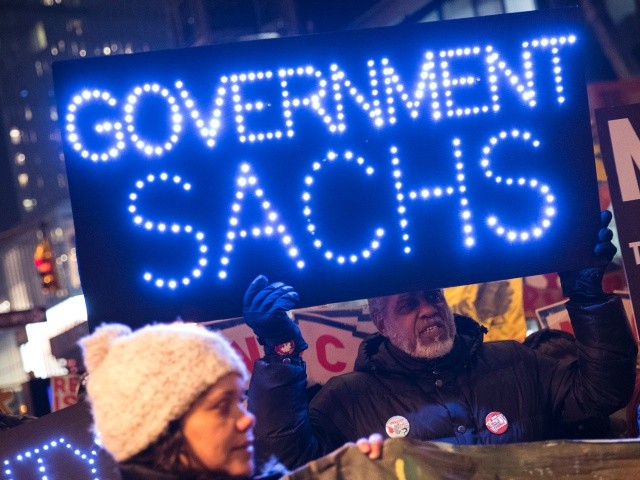 The law is contained in Senate Bill 19. In the Spring of 2021, when SB19 was being considered, the Dallas Morning News reported that it requires financial companies “with 10 employees or more seeking a government contract worth at least $100,000 would have to verify in writing that they do not have a policy or directive that “discriminates” against the firearms or ammunition industries.”

Bill sponsor Sen. Charles Schwertner (R) said, “Any company that uses financial pressure in order to limit Texans’ ability to purchase guns or ammunition should not be tolerated.”

Yahoo Finance notes that Goldman Sachs is pulling back on municipal bond purchases in Texas as a result of the law.

On October 1, 2021, Bloomberg pointed out that neither Citigroup Inc., Bank of America, or J.P. Morgan Chase have “managed a single municipal-bond sale in the state” since SB19 took effect on September 1.

Bloomberg indicated that JPMorgan decided “it can no longer bid for most municipal-debt business in Texas due to the law.”

AWR Hawkins is an award-winning Second Amendment columnist for Breitbart News and the writer/curator of Down Range with AWR Hawkins, a weekly newsletter focused on all things Second Amendment, also for Breitbart News. He is the political analyst for Armed American Radio and a TPUSA Ambassador. Follow him on Instagram: @awr_hawkins. Reach him at [email protected]. You can sign up to get Down Range at breitbart.com/downrange.