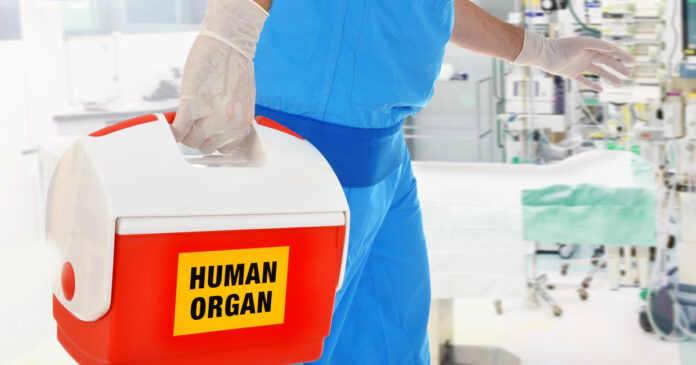 Doctors are supposed to save lives. They do it every day without knowing anything about a person. Even murderers and rapists get the care they need. Doctors have even sworn the Hippocratic Oath.

Yet, all of that goes out the window as soon as the liberals get involved. Suddenly, the COVID-19 vaccine is going to determine whether people get care – including life-saving surgeries.

A letter from a Colorado hospital recently went viral because they were moving someone off of the list of eligibility for a kidney transplant to inactive. And why, might you ask? You guessed it…they weren’t vaccinated for COVID.

This is a true story, and it’s a terrifying one because the University of Colorado Health has decided to make Leilani Lutali ineligible for receiving a kidney – one that she needs to survive.

The letter that Lutali received explains that “the transplant team at the University of Colorado Hospital has determined that it is necessary to place you inactive on the waiting list. You will be inactivated on the list for non-compliance by not receiving the COVID vaccine.” They go on to explain that she has 30 days to start the vaccination process. Once she completes the series of vaccines, she’ll be placed back on the list – and if she doesn’t, well, that’s that.

The kidney that Lutali was supposed to receive was ready and waiting. Her potential donor, Jaimee Fougner, a close friend, also hadn’t been vaccinated. So, they wouldn’t have done the surgery on her, either.

Let’s be clear here. The hospital is not taking its Hippocratic Oath seriously. They are making decisions for a person that they have no legal or moral right to make.

Here’s the worst part of it all. Both Lutali and her donor have religious objections to the vaccine. Lutali has also said that she’s not sure how the vaccine would react based on the immunosuppressant drugs that she’s taking. She’s got both religious and medical objections. According to the federal government, those are considered acceptable. Yet, this hospital in Colorado has decided to turn her away.

Fougner is furious at not being able to be a donor. “When I explained that no, I wouldn’t be able to take the COVID shot, then the comment was, well your journey ends here.” She went on to say that “We’re talking about compromising my morals, for her right to have a surgery.”

Perhaps the worst part about the whole story is that UC Health hasn’t even bothered to try to deny it. They’ve come right out and said that it’s the truth. They have also made sure to say that the unvaccinated will continue to be denied in “almost all situations.”

The doctors argue that transplant patients require care that involves evaluating short-term and long-term health risks. They ask patients to give up bad habits such as smoking and alcohol. Getting sick with COVID means that they would be at a greater risk of dying.

How dare they talk about long-term health risks regarding a transplant. No one knows the long-term effects of the COVID vaccine. We’re supposed to simply trust six months of solid research to believe that they can predict the future and that everything will be fine.

This is disgusting and it should be illegal. So, rather than simply allowing people to wait, the new approach is to make people suffer so much that they have no choice but to roll up their sleeves and get jabbed.