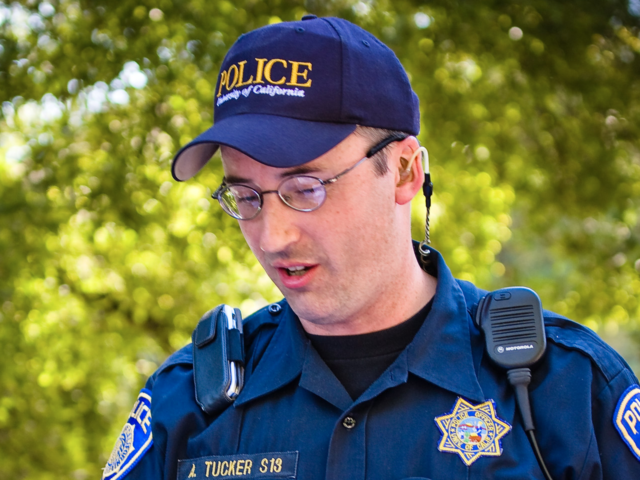 Anyone who has ever had to deal with the campus police at a university knows that they’re nothing like city and county police departments. Campus police simply ensure that students are safe and crime is prevented.

At the University of California, liberal students have decided to show their ignorance. They’re demanding that the campus police forces be abolished.

Students have chosen to have a “virtual” walkout where they have refused to attend class or answer emails. Workers who are a part of the walkout have also refused to click into work or attend meetings.

The group organizing this is Cops Off Campus Coalition, and it’s part of their Abolition May – just one of the many actions they have planned to remove police from campuses.

Instead, students at the University of California simply want the police to be removed because they’re trying to make a bigger statement – police are the enemy.

This is where the left-wing activists are misinformed and just plain wrong. Police are not the enemy. Police are sworn to serve and protect. Sure, there are a few bad seeds – but there are bad seeds in every industry around the country.

Without campus police, crime could surge – yet UC students aren’t thinking about that.

According to a report from Capital Public Radio, “some students say regardless of increased diversity in law enforcement, continued police presence has retraumatized them from prior experiences.”

Students have signed a pledge in addition to participating in the virtual protest. This pledge claims that campus police “evoke images of brutality against student protesters by local and state police forces during the 1960s and 1970s anti-war movement.”

It seems that they are speaking out of desperation. They’re grasping at straws to try to strengthen their argument – and failing in the process. None of the students lived through the anti-war movement, so they’re going on hearsay.

This is a nonsensical argument. How is it that a diverse campus police force can represent racial profiling?

Of course, the movement to abolish police has been gaining momentum since the Black Lives Matter movement. So, it shouldn’t make sense because the BLM movement doesn’t make sense.

People are mad because of the few occasions where there has been police brutality. Yet, they don’t bother to understand that we need police to ensure that citizens aren’t attacking citizens.

Worse yet, liberal students are essentially asking to attend school on campuses that threaten considerably more violence than if the campus police can simply stay where they’re at.