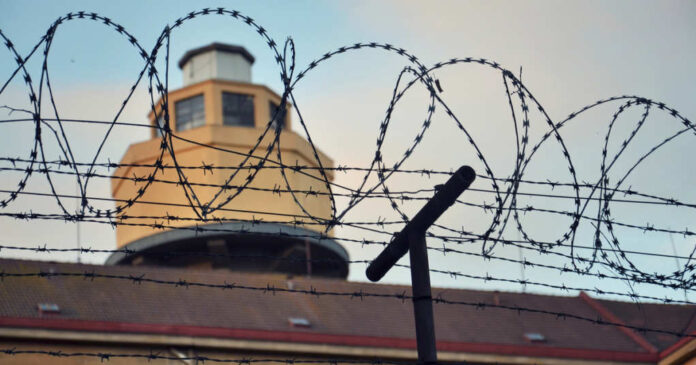 The Democrats love to spend billions…but only on projects that matter to them. You know the projects – climate change, helping foreign nations, and the list goes on. The problem is that they seem allergic to helping Americans – and that goes double for the military who have done everything they can to serve and protect the nation.

And, now, we’ve seen how a military jail has failed to protect a sailor from committing suicide. That jail has failed…and that means that the entire military has failed. Of course, we’re blaming the Democrats. They are the truly guilty, not that they’ll ever accept that blame. It’s probably Trump’s fault, according to them.

Particularly in the Navy, sailors tend to struggle. Perhaps it’s all the time spent on submarines and aircraft carriers. They spend more time on the water than they do on land.

Aboard the aircraft carrier Nimitz in February of 2019, a junior sailor by the name of Macoy Hicks started screaming and banging his head against the wall. Clearly, this was an obvious sign of a mental breakdown.

One of Hicks’ first assignments was working at the Navy Ceremonial Guard where he worked sailor funerals.

Then, it wasn’t long before he suffered a traumatic brain injury. Many saw the changes in Hicks – depression, insomnia, and changes in his personality. He visited mental health providers within the Navy, but he felt as though no one within the military branch cared about him or his well-being.

Prior to his display of a breakdown on the Nimitz, it was reported that he had tried to drink himself to death six months prior.

As he suffered mentally, he collected countless disciplinary issues.

Two senior chiefs tried to calm him down on the Nimitz. After yelling a few obscenities about how he was done with it all, he was charged with insubordination.

Let’s be clear about this. No one in the Navy really, truly addressed what Macoy Hicks was going through. Rather than getting the help and support that he needed, he was charged with insubordination…in the middle of a mental health breakdown.

He pleaded guilty and he was sentenced to 25 days at a military jail that was run by the Army aboard the Joint Base Lewis-McChord. It was about an hour’s drive from where the Nimitz was docked to undergo maintenance.

It’s not hard to guess what happened next. Many of the handlers who helped to get Hicks to the jail said he belonged in a hospital.

The soldiers who worked intake at the jail noted that he had a past suicide attempt as well as a collection of mental health issues. Yet, the Navy didn’t really let them know all of the sailor’s history.

A full mental health assessment took days to complete. And no one bothered to place Hicks on suicide watch.

He was allowed to receive a tan riggers belt because no one bothered to realize that Hicks was at the end of his proverbial rope. They didn’t bother to get him the help that he needed. So, on the morning of February 11, he used that belt to end his life.

Unfortunately, there are countless stories like this throughout all branches of the military. We have to do better. And to do better, we need money for more mental health counselors and more training. Yet, the Democrats continue to deny such funding so that they can pay for progressive projects that have no bearing on everyday life.