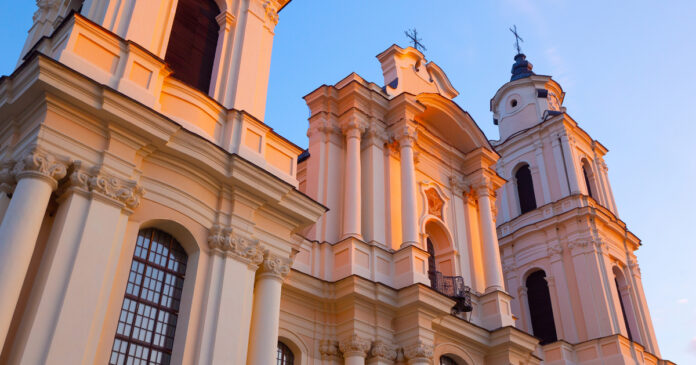 Forty years ago at the tender age of eight, Laurent Martinez fell victim to a lecherous Catholic priest with an eye for young boys. After hiding his pain and anguish for four decades, the now 52-year-old French actor has decided to tell his woeful tale, and he’s doing it in the form of a play he’s written.

Martinez feels that by speaking out there may be a chance of saving other young children from the same life-altering fate as he suffered. Equally important is that it may help the many other victims of child sexual abuse heal from the cruel hand they were dealt by the Catholic church’s own genuflecting holy men.

Prior to a newly released report confirming that over the past 70 years at least 330,000 French children have served as sexual play toys for the priests, some bishops got a preview of the play’s script prior to its release.

The play is based on Martinez’s life and how he’s had to live through it feeling torn and distraught from the abuses that have forced him to struggle since his early childhood. He titled the play, “Pardon?”

The sexual abuse took place when Martinez was attending a catechism class. The priest teaching the class took a liking to the young lad and fabricated a reason to have to see him alone. In the privacy of a separate room, the “Father” began kissing him and fondling his genitals.

Later, on the false pretense that there would be other kids there, the priest invited Martinez to his apartment. It’s here where the lifelong nightmare took place when the very young eight-year-old boy was violently forced to gag his way through oral sex and then threatened should he let their little “secret” out. On this very day is when the boy became just one more victim of the “zip your mouth or else” club for Catholic children.

Always the rebellious type, Martinez didn’t zip his mouth. He told his parents, who in turn told the diocese, who in turn transferred the priest to a different location. Problem solved. It never happened. French law considers forced oral sex as penetration so, therefore, classifies the vulgar crime as rape. In this case, child rape. Let us pray.

Martinez figures the priest is dead by now but there was never any formal action taken against him. Even if he was still alive the statute of limitations is long since passed. Prior to sexual scandals blowing the Catholic church up in the 2000s, this is how these types of things were remedied. Out of sight. Out of mind. Except for within the minds of the children who have been left to forever bear an old rugged cross they should’ve never been burdened with.

Once the abusive priest was out of the way the episode was never again discussed. Not even by his parents. Martinez has been married twice and his ex-wives are the only other two who have knowledge of the incidents.

He had to tell them in an attempt to save his marriages. “For me, sexual relationships were marked in me as something forbidden. So it’s been very difficult for me to go through it, and I had to find [sic] very patient partners.”

After four decades of “seeking to hide something that was like [sic] a cancer inside of me, I thought: I need to do something. It’s not possible to continue like that,” Martinez said.

The play has been on stage all over France and it’s opened the door even wider for an in-depth glance at how perverted priests hiding religion, have disgustingly, and without conscience, not only violated the words of the very God they claim to represent, but also the unwritten laws of moral humanity and a civilized world.