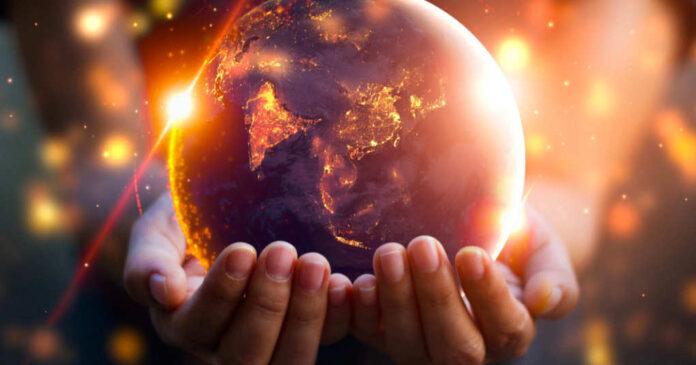 What lengths are we willing to go in order to save the planet? We’re already recycling. We’re reducing our carbon footprint. We’re even looking into cars that have zero emissions. However, are we actually willing to consider population control?

We’re about to head into dangerous territory. Communist countries control populations. China started the One-Child Policy back in 1979 as a way to control its population. And, we’re well aware of what Adolf Hitler did to control the population in Germany.

These were not done to save the planet, though. One was to avoid economic downfall and another was to “cleanse” the world of a particular nationality.

The former chairman of the Finance Services Authority (FSA) may be a little excited about how COVID has killed off millions of people around the globe. Lord Adair Turner, who is the chairman of the UK Energy Transitions Committee, published a report called Smaller Families and Ageing Populations.

Due to people aging and people creating smaller families, we’re reducing the population around the globe. The COVID pandemic is just another way that has led to a smaller global population.

“The biggest reason to welcome this demographic shift is that it results from the free choice of empowered people, and in particular women,” Lord Adair writes. “But ceasing endless population growth will also reduce humanity’s future press on the natural environment.” He goes on to explain how it will help to reduce the need to provide adequate housing and make it easier to achieve net-zero greenhouse emissions.

Yikes. We’re actually talking about actively trying to reduce the population in the world.

No more babies. Seriously, just stop having babies. Those who continually bring children into the world is the reason why the planet is dying. Or, at least that’s what people like Lord Adair would have you believe.

Japan has already seen a decline in its population. They’re expected to see a dramatic drop of 9.6 percent within their population by 2035.

Now, in the UK, their population is set to increase by 5.2 percent. Some of this is due to mass migration and the babies that will inevitably be produced by those migrants.

This increase in population is problematic when we begin looking at carbon emissions.

If the UK were to see a decrease in their population like Japan as opposed to the estimated increase, they could cut emissions by 38 million tons by 2035.

So, population increases are the problem. What does Lord Adair propose we do about it? After all, he’s a father of five. It’s not as if he did anything to help reduce the population.

Oh, but he has money. And this is where his proposal gets a bit frightening.

He has suggested selling “fertility rights,” which would incentivize poor people not to have children – and they could profit by selling their child credit to those with more money.

Ted Turner, the founder of CNN, has been suggesting the one-child policy of China for quite some time, too.

Other figures on the left are all for population control in the name of saving the planet, too.

Alexandria Ocasio-Cortez is all for it. And, Prince Harry and Meghan Markle have even been given an award for making the decision to only have two kids.

As for what happens if someone dares to have twins or triplets, we can’t even begin to imagine the possibilities.

If we let nature simply do its thing, populations could dwindle anyway. Not only do we have a pandemic sweeping the world, but we have also seen fertility rates fall in many countries, particularly within the UK.

We cannot control everything. And, if we begin to control the population, it becomes a slippery slope that leads to communist-style demands and even the possibility of murder.