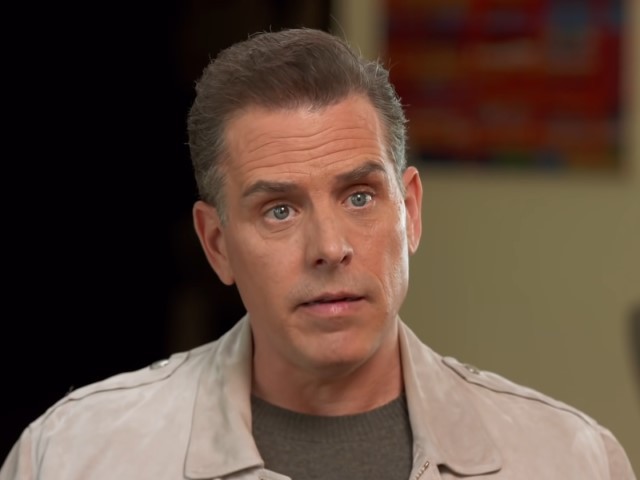 Business Insider’s article, by senior correspondent Mattathias Schwartz, declares in its headline: “Hunter Biden isn’t Trump, but what he’s up to is bad and deserves your attention — even if you hate Fox News,” above an illustration of President Joe Biden cradling his chin in his hand, with Hunter hiding behind a wall of money.

“The ferociously partisan nature of the issue… has made it easy for the mainstream media to effectively dismiss the entire Hunter imbroglio as a figment of the GOP’s fevered imagination,” Schwartz writes, then concedes the Biden family business is the kind of “old-school, look-the-other way corruption that has permeated politics since long before the elder Biden ran for office.”

While Schwartz suggests, contrary to copious evidence, that Joe has never “crossed the line” in the influence-peddling scandals, he does fault the president for “repeatedly [using] Hunter Biden’s struggles with substance abuse, as well as the tragic deaths of Hunter’s mother, sister, and brother, as a shield to deflect questions about his son’s business affairs.”

The Insider article functions as a synergistic promotion of The Bidens, a new book from sister publication Politico‘s Ben Schreckinger, which corroborated pre-election revelations of Hunter arranging a meeting between his father and an executive at Burisma, the Ukrainian gas company that paid the Vice President’s son $83,000 a month — despite his total lack of experience in the energy sector.
The day before Insider published Schwartz’s story, Politico Magazine published a piece from Schreckinger — adapted from his book — on the same topic: “‘Hiding the Ball’: Hunter Biden Complicates White House Anti-Corruption Push.”

After a mea culpa on why corporate-owned media have buried ethics concerns over Hunter’s dealings until now — all the while throwing plenty of blame toward Donald Trump and conservatives — Schreckinger admits: “Far from ethical concerns about Hunter Biden being debunked, the case for close scrutiny only grows stronger when viewed in the full context of the family’s story and in light of events that have unfolded since Election Day.”

The reporter identifies multiple shady deals through the years, where Hunter and other Biden family members’ business interests happened to coincide with issues that Joe took an interest in as Senator or Vice President. Schreckinger zeroes in on the current controversy roiling the White House: Hunter’s foray into art, where his first show ended up selling five amateurish paintings for a total of $375,000. “The venture into painting is not an isolated incident,” he writes, “but part of a larger pattern in which the finances of Hunter and other Biden relatives have raised ethics questions or overlapped with the president’s political alliances and public duties.”

Schreckinger points out the White House’s evasive messaging on the ethics of Hunter’s “art” sales, concluding: “the bipartisan outcry over the painting venture suggests that the Hunter Biden issue is not going away, and that liberals may increasingly tune in.”

On Tuesday, White House press secretary Jen Psaki had to field questions on the art show controversy and deflected by merely saying: “We still do not know and will not know who purchases any paintings and the president remains proud of his son.”

The Hunter Biden story remained in the news last week when news broke the president’s son reportedly sold at least five pieces of art for $75,000 each at his Los Angeles exhibit.

“It’s unclear who purchased the reproductions — which cost a fraction of the top price of $500,000 for an original piece by President Biden’s scandal-scarred son — or if any more were sold after the LA show opened,” the New York Post explained.

It “just illustrates how this veil-of-secrecy idea is not happening,” President George W. Bush’s chief ethics lawyer Richard Painter told the Post. “It shows the deal’s not going to be secret,” Painter said. “I think the White House needs to go to Plan B.”

“The only way to address these issues is with greater transparency — not less,” he told Breitbart News, “Their proposed solution is greater secrecy, not transparency. And they are essentially saying, ‘Trust Us.’ Joe and Hunter Biden’s track record on such matters gives us no reason to trust them.”