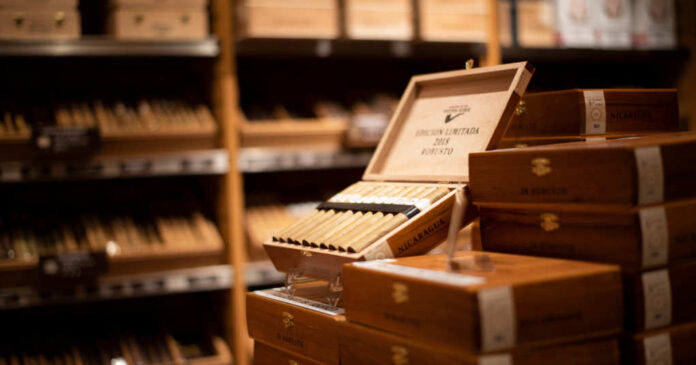 Just before Christmas 2019 President Trump completely changed the landscape for tobacco use in our country by making the minimum buying age for tobacco products to 21. This effectively blocked out high school graduation traditions, as well as college traditions. First cigarette at 18? Nope. Congratulate the graduate with a premium hand-rolled cigar? Not going to happen.

In turn places like JR Smoke Shop in Hillsdale, MI, and Cigars International headquartered in Bethlehem, PA has been lost, numerous customers and potential customers. These people who were once able to enjoy the smokes their fathers and grandfathers enjoyed were now unable to acquire them legally. These memories and rights-of-passage being gone to the wind meant a massive loss in revenue and things were only about to get worse.

As COVID arrived these shops were forced to close due to state mandates. People couldn’t leave their homes to purchase their wares, and for Cigars International this also meant people were unable to place orders online and receive them in a reasonable timeframe. Shops were constantly out of products due to logistics, and what they had couldn’t ship fast enough.

With the changes coming just as fast as a cheap cigar burns, many smaller shops were going under. These mom-and-pop staples of the community couldn’t afford to pay enough to attract new employees, and those they could attract just were unable to connect with their clientele. If you cannot tell the difference between a Lancero and a Robusto, how can you sell $15+ cigars to someone who has been enjoying them for decades?

Suddenly President Biden struck another blow to the already frail industry; more taxes. Now, this isn’t just another small tax, this would add 1,600% to the cost of pipe tobacco, and effectively double the price of a pack of cigarettes. Mind you this isn’t be done to encourage people to quit. Rather, the idea is that these smokers will continue smoking no matter what and as such Biden has factored this increase in taxation into his $4 trillion 2022 budget.

Now the $10 billion these taxes are set to generate pales in comparison to the budget, it still isn’t peanuts, and there is no guarantee on how it will be spent. These taxes have the potential to incentivize even more COVID-related spending to unemployment, thus making it even harder for these shops to bring in new employees.

Now mind you, the majority of smokers are people who fall below the poverty line; thus making them even more susceptible to the pitfalls of these taxes. More healthcare problems combined with less residual income equals a bigger burden on the American taxpayer who is already funding their healthcare in whole or in part.

Companies like Bugler and Gambler get around these taxes by offering their poorly made ‘pipe tobacco’ for rolling cigarettes and targeting them to those who are unable to afford quality. Ask anyone who smokes and they will tell you that these are ‘rolling pennies for gas’ level tobaccos, and they never use a pipe for them.

Unfortunately for these people, that 1,600% tax is now coming for them. Thus putting them squarely in the crosshairs of the Government, and their piss poor attempts to ‘deter people from smoking’. Rather they just make it more and more difficult for small businesses to stay open, discourage future cigar makers from opening their doors, and destroy small manufacturers already in existence.

Companies like Dunbarton Tobacco and Trust (makers of premium hand-rolled Nicaraguan cigars) now have to re-create packaging for their products to comply with new rules and suffer massive shipping delays. Let alone the other problems they have had with getting workers due to COVID. When will America say enough is enough, and encourage our Government to allow grown adults to choose to smoke what they want when they want?