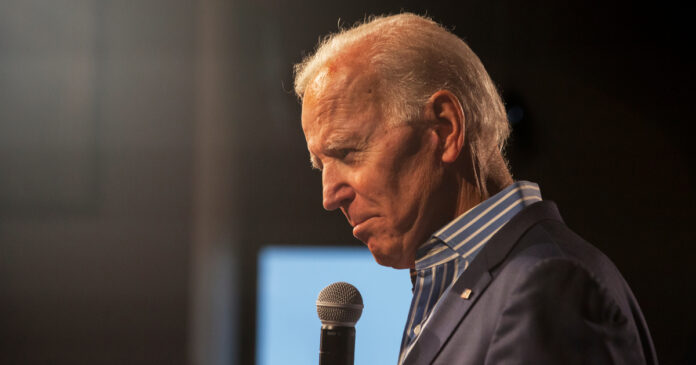 Once again the decibel meters should have been present for the college football this past Saturday. After a year of little to no fans able to attend college football anywhere, this year the fans are back and they are louder than ever. However, the chants of ‘F*ck Joe Biden’ at these games are some of the loudest ever seen at any sporting event.

This week’s biggest chant came when the Ole Miss Rebels took on the University of Arkansas Razorbacks in University, Mississippi at the Vaught-Hemmingway Stadium. Fans took heed to the call and proclaimed their feelings about the vaccine mandates and other COVID rules that have blanketed the US over the last few months. When the press first heard these chants at the NASCAR XFINITY Series race earlier this month they were quick to proclaim them as “Let’s go Brandon” chants, and how wrong they were.

Since the from Auburn to Indiana to Texas A&M these chants have been everywhere. It was only fitting that they have now shown up at Ole Miss too. Powerful statements like these are a part of our rights to free speech and public protest. Even if ol’ Sleepy Joe might think that their chants are a bad thing, he should be incredibly proud; he’s brought the American people back together!!

Having the people together on a divisive issue is incredibly difficult, but thankfully it is now happening. These people have had enough. Enough with selective restrictions (see the Met Gala for a SHINING example of this), enough with people telling us what’s best for us while doing the opposite for themselves, and enough of the people who should ‘trust’ the vaccine the most being given waivers from requiring it for work. The fear-mongering, finger-pointing, and blame need to stop. People need to be free to make decisions for themselves. If you want to wear a mask, wear it. If you want to get the jab, roll your sleeve up. If you want to be mask-free, then don’t put it on. If you believe your immune system can fight off COVID, then don’t get the jab. These beliefs are the biggest thing amongst these men and women, and they are trying to get more people to go along with freedom of choice.

One thing President Biden fails to realize is that the American people will decide what is best for them by making well-thought-out and rational decisions. What makes sense for a stockbroker or subway conductor in NYC might not make a lick of sense for a cattle farmer in rural Montana whose closest neighbor is three miles away. Allowing them this bodily autonomy to make the decision that works best for their families is what America is all about. It is part of the reason people move here. The same can be said for the ‘F*ck Joe Biden’ chants.

No matter what spin the mainstream media tries to put on these chants, it really doesn’t change anything for how the American people conduct themselves. They conduct themselves with honor, with pride, and with a dedication to speaking their truth. These people are the backbone of America. They are your brick masons, your plumbers, your firefighter, your doctor. They make America tick, and their feelings are just as valid as the voices from the liberals who want masks everywhere, vaccine mandates to use a public restaurant, or board a flight. Can’t we listen to each other and have a debate about this? If we did these ‘F*ck Joe Biden’ chants might get even louder.