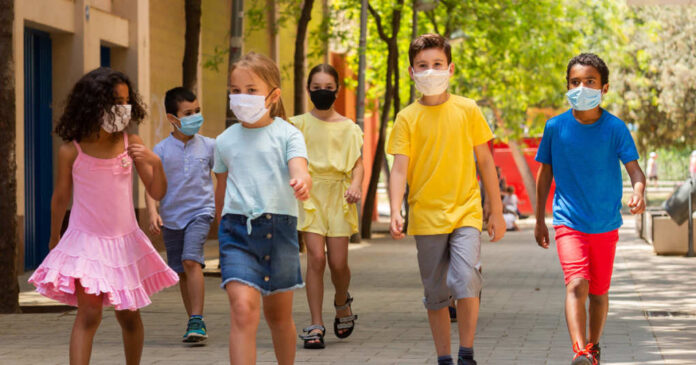 North Carolina is a state known for its brilliant minds. Tucked on the eastern seaboard somewhere around where the north meets the south, the research triangle is known for its advancements and critical research. In recent months, however, it’s also become known for its uncanny ability to lead the nation in aggressively liberal ideology that has been shown to have devastating effects on our children.

And somewhere near the top of the nation’s public school system structure sits their lieutenant governor. In the case of this election cycle, North Carolinians elected their first Black man to the position, Lt. Gov. Mark Robinson, someone the left probably felt they could manipulate into bending to progressive theories. That, however, did not turn out to be the case.

North Carolina is seeing what happens with their Republican lieutenant governor wants to push back against a book of LGBTQ sexual fantasies targeted at children that he is calling “filth” and that liberals are fully in support of.

The book, “Gender Queer” is in the NC school libraries and includes images where the characters are acting out their gay sexual fantasies, something that Robinson was appalled at and believes has no place in the school library:

“There’s no reason anybody, anywhere in America should be telling children about transgenderism, homosexuality, any of that filth. Yes, I called it filth,” he said, according to The News and Observer of Raleigh. “As you look at these photos, I challenge you to describe them as anything other than filth.”

Another report from TWJ describes what Robinson was calling, saying that “Gender Queer” and a fellow piece of pornography called “Lawn Boy” featured drawings of child pornography in the form of depicting acts of pedophilia.

“One book even includes a ‘fourth-grade boy performing oral sex on an adult male,’” one parent reported. The book “Lawn Boy,” describes performing such an act for the first time at the age of 10.

Robinson’s seemingly justified outrage was met with attacks from the left, including Human Rights Campaign Interim President Joni Madison who said in a statement according to WTVD-TV “We are calling on Lieutenant Governor Mark Robinson to resign for his disgraceful, hateful statements directed at LGBTQ+ people.”

The White House also called out Robinson, because in their upside down and backward world, Robinson’s words were apparently “repugnant and offensive.”

The NC Lt Gov was clear in his statement that he doesn’t care to disrespect any group of people, just that he finds this material offensive and damaging to the children that we, as adults in a civilized society, are tasked with protecting:

“I will fight for and protect the rights of all citizens, including those in the LGBTQ community, to express themselves however they want. That is their right as Americans, and I don’t think that government has any role in telling them otherwise,” he said. “However, the idea that our children should be taught about concepts of transgenderism and be exposed to sexually explicit materials in the classroom is abhorrent.”

In response to the attacks on him, Robinson said “I will not back down,” he said. “I will not be silenced. And I will not be bullied into submission. I will continue to fight for the rights of our children to receive an education that is free from sexual concepts that do not belong in the classroom. And I don’t care who doesn’t like it.”

Whether you believe in the rights of LGBT people to marry or not, that transgenderism is an illness or a realization of self, it would be morally reprehensible to believe that children should be involved in any of it. It’s indicative of predatory grooming that should cause the hackles of every parent to rise to the fullest extent possible.

Whatever else you do, leave the kids out of it.