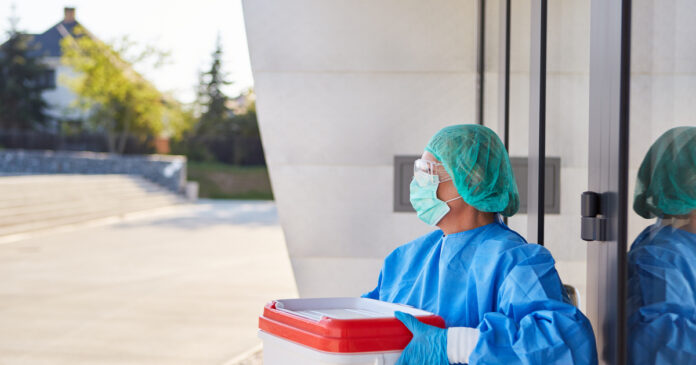 The United States seems to have reached a point in time where their interest in whether vaccine mandates are enacted has more to do with medical freedom than it does about whether or not people believe the vaccine is effective.

In the beginning, a lot of people had a lot of questions, considering the speed with which the vaccine was manufactured, and the questions were valid. But they paled in comparison to the deep worry about how hard the CDC and other government-affiliated agencies began to push the narrative that individuals who didn’t get the vaccine were irresponsible or even in danger of having their liberties and by extension, livelihoods, stripped away from them.

It all seemed a bit far-fetched in the beginning, especially considering how many administration officials said that there would never be mandates, no one would be required to get the shot … mere months before saying that people would lose their jobs if they didn’t get it.

The problem has reached a fever pitch, however, and even discounting the professional cost that many have taken, patients in hospitals’ stories are even more concerning, especially one Colorado woman reported by The Blaze who says that the UCHealth system denied her organ transplant because she was not vaccinated against COVID-19. Leilani Lutali says that her days are numbered now because the kidney she was supposed to receive was denied to her due to her vaccination status.

Lutani told Fox News’ Laura Ingram on Thursday that she’s now in stage 5 renal failure and that “I believe that my days are numbered as I continue to deteriorate in my GFR numbers.” The would-be patient appeared alongside the woman who was donating her kidney to save Lutain’s life.

Donor Jamiee Fougner said that she spoke with the health system who said that the patient was “irresponsible in not getting” the COVID-19 vaccine. Fougner added, “How can I sit here and allow them to murder my friend when I’ve got a perfectly good kidney and can save her life?”

The woman’s story wasn’t denied by the hospital, either. Earlier last week the Colorado health system confirmed that they will deny organ transplants for those who are unvaccinated in “almost all situations.”

No word from the health system if they will be denying treatment to habitual drug users because of their irresponsibility or alcoholics. Also, the community has not heard if there are other health requirements the hospital will be released about who they will and won’t treat in their facility.

For Lutila, however, it could be too late, despite the kindness of Fougner who offered one of her kidneys to the mortally ill woman. “They’re holding my kidney hostage and she’s going to die because they won’t give it to her,” Fougner said in frustration.

According to Fox News, the health system said in their statement that “For transplant patients who contract COVID-19, the mortality rate ranges from about 20% to more than 30%. This shows the extreme risk that COVID-19 poses to transplant recipients after their surgeries. This is why it is essential that both the recipient and the living donor be vaccinated and take other precautions prior to undergoing transplant surgery. Surgeries may be postponed until patients take all required precautions in order to give them the best chance at positive outcomes.”

Lutali, however, is no less devastated by the death sentence handed out by the University of Colorado Hospital who placed her on an “inactive” list saying that she “will have 30 days to begin the vaccination series. If your decision is to refuse COVID vaccination you will be removed from the kidney transplant list.”

This ladies and gentlemen is what they warned us about when they said we would “hang separately.”