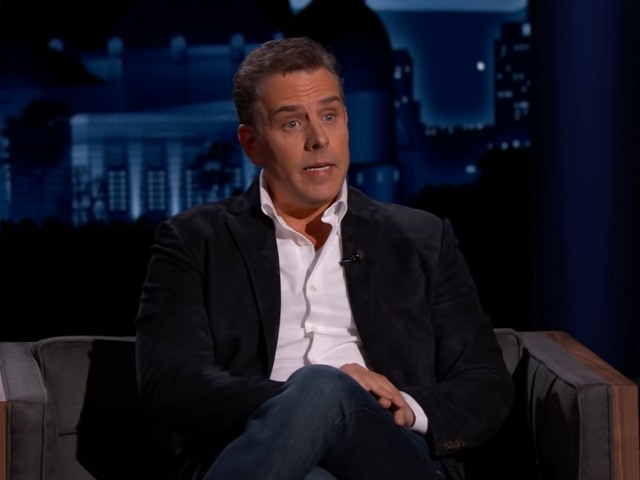 The Washington Free Beacon reported Wednesday on emails dated 2010-2011 between Hunter Biden and his business partner Devon Archer regarding Che Fung — head of the Chinese investment company Ever Union Capital — several years before Che was arrested on money laundering charges in Beijing. These emails were discovered on the infamous laptop Biden abandoned in a Delaware repair shop.

Reporter Chuck Ross says Hunter wrote in September 2011 that his business deal with Che — nicknamed “Super Chairman” and “Mr. Che” in other emails — had “everything to do with my last name.” The emails reveal Hunter met with Che in April of 2010 to negotiate a deal with Ever Union Capital to invest nearly $150 million in the Communist regime’s sovereign wealth fund. It is unclear whether this potential deal was ever completed.

The revealed emails also reportedly indicate Hunter and business partner Archer saw the business connection to Che as an opportunity to make connections with large financial institutions, such as Blackstone and Carlyle Group, which reportedly sought business deals in China.

“I dont [sic] believe in lottery tickets anymore, but I do believe in the super chairman,” Hunter wrote on September 23, 2011, according to the report. “Things are moving rapidly and the percentage he is offering me is much larger than I at first thought.”

“This can be a serious opportunity,” Archer allegedly replied. “Not only … from an economics standpoint but from the leverage in access it provides with the big boys here in the west who all need China.”

Ross identifies Che as the son-in-law of a former chief of China’s central bank, who was reportedly arrested in February 2015 and accused of laundering $15 billion.

In 2016, Archer and a business associate was indicted on charges for defrauded a Native American tribe in a $60 million bond scheme. As for Hunter, federal prosecutors in Delaware are reportedly working with the FBI and the IRS to investigate his finances.

Peter Schweizer’s Secret Empires revealed that in 2013, Joe Biden’s son Hunter Biden’s firm signed a billion-dollar deal with a subsidiary of the Chinese government’s Bank of China just 10 days after Joe and Hunter Biden flew to China aboard Air Force Two. Ross connects this scandal to the meeting with Che:

[T]he businessmen involved in the discussions would later partner on one of Biden’s most controversial business deals. One email from the laptop describes Che as a “close business partner” of Chinese investment banker Jonathan Li.

Biden has come under scrutiny for introducing his father to Li during an official U.S. government trip to Beijing in 2013. Emails show that Li, Biden, and two other businessmen, James Bulger and Michael Lin, discussed the investment fund with Che. According to one email, Che planned to commit $100 million to the partnership while granting an investment stake to China Investment Corporation, the Chinese government’s sovereign wealth fund, and other “high power” Chinese firms.

Biden, Archer, Li, Lin, and Bulger in 2013 formed the private equity firm Bohai Harvest Rosemont Partners, known as BHR Partners. Biden has come under fire for failing to divest a 10-percent ownership stake in the partnership, even though he pledged to do so in 2019. The White House has refused to answer questions about the investment. [hyperlink added]

China is not the only foreign nation where Joe Biden’s family members set up business interests. Schweizer has called out the “Biden 5” — Hunter (son), James (brother), Frank (brother), Valerie (sister), and Ashley (daughter) — for shady deals in Costa Rica, Iraq, Kazakhstan, Russia, and Ukraine, as well.

Despite the reported business dealings with foreign companies, Joe Biden said in October of 2019 that none of his family members would have a “business relationship with anyone that relates to a foreign corporation or a foreign country.”

Abundant evidence has emerged to undermine this confident declaration from now-President Biden.