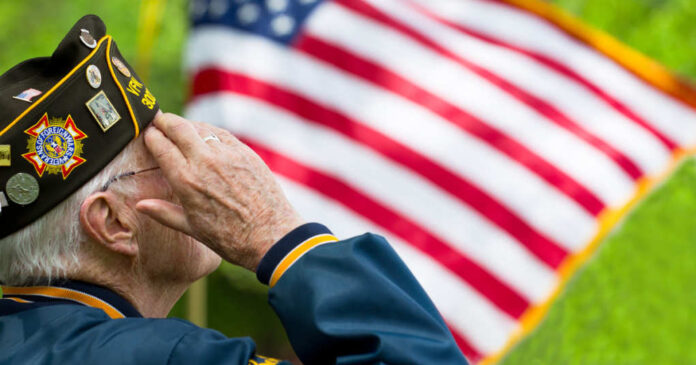 For their service to their country, active duty military members and veterans receive a slew of benefits. Many of them raised their right hands to specifically take advantage of what was not afforded to them in their civilian lives. A huge bell-ringer for troops past and present is the opportunity to advance themselves educationally through federally funded programs at the school of their choosing, and in the subject area of their fancy. But they aren’t the only ones reaping the benefits…

For-profit schools and universities are all too aware of the available federally secured money and some of them lack scruples when it comes to getting their unfair share of it. Anyone wearing or having worn the label of G.I. is stalked and preyed upon by school recruiters who are well aware that tuition money for them won’t be a problem. The government has deep pockets.

The Federal Trade Commission has been on to the practice for eons, but because the U.S. government works in mysterious ways, they just now decided to do something about it. The FTC said they’re waging an old-out war against the “shady” recruiting practices of for-profit schools that paint targets on service members’ and veterans’ foreheads.

Between 2018 and 2020, military-related complaints against misleading recruiting practices and not receiving the levels of education promised, increased by an astounding 70 percent.

The FTC started the warning process by selecting 70 of the nation’s top-rated schools prior to working their way down a long list. Regardless of the school’s size, each and every guilty charge of unfair recruiting practices comes with a price tag of $43,000, most forms of payment accepted.

The schools are also guilty of robbing hard-working American taxpayers who, ultimately, foot these tuition bills. FTC Chair Lina Khan put it this way, “For too long, unscrupulous for-profit schools have preyed on students with impunity, facing no penalties when they defraud their students and drive them into debt. The FTC is resurrecting a dormant authority to deter wrongdoing and hold accountable bad actors who abuse students and taxpayers.”

As expected, education industry leaders are flapping their arms and mouths in denial, but the truth is pretty much contained in the waterfall of escalating complaints. Service members and veterans have learned the arts of tolerance and complacency, but it’s all forgotten if and when they or a fellow brother/sister in arms gets taken advantage of. This is when the instinctual parts of their training no one should wish to see hits high gear.

President and CEO of Career Education Colleges and Universities, Jason Altmire, is already sounding off. “Publicly announcing that it is sending warning letters to 70 of the largest for-profit institutions arbitrarily impugns the integrity of institutions that are in full compliance with FTC regulations.” We’re all about to see about that, Jason.

A big complaint involves false promises of job placement upon graduation. Another one deals with instilling the false hope of being flooded with job offers once they hold a degree or certificate from a particular school.

The FTC said in a statement, “For-profit schools have had a strong incentive to enroll veterans because of the education benefits service members can use to pay for college. This has led to aggressive targeting of service members, veterans, and their families.”

It appears as though the jig is up for any trade school, college, or university that’s been lying to our patriotic military members and veterans, while at the same time stealing their well-deserved education funds from the U.S. government, which equates to you and the rest of us who are happy to pay our heroes back.

It just goes to show. Education ain’t always what it’s cracked up to be.