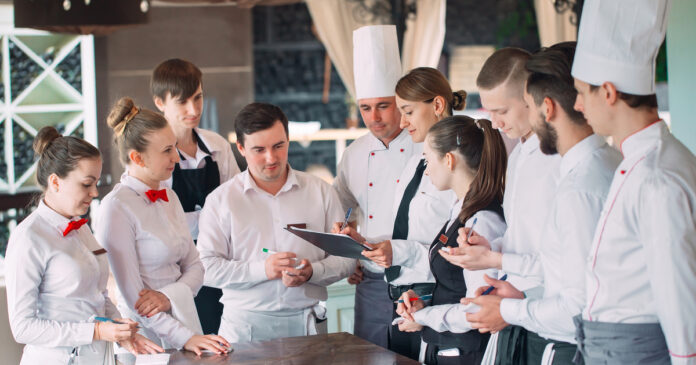 America’s latest job report is a tough pill to swallow. While Joe Biden is gloating to his fan club about employment numbers soaring to all-time new levels, he’s conveniently forgotten to tell them how the numbers soaring in the wrong direction. Not only are fewer people working than ever before, but the entire horrid scenario is worse than anyone could have ever imagined. Here’s the proof.

An August job report shows that more people in the U.S. walked off of their jobs that month than since the previous record holder of December 2000. Very few can say they haven’t been impacted by labor shortages, particularly if they enjoy going out to dinner. The service industry more so than any other has been ransacked and left for dead. But now even workers who chose to stick things out have had enough.

Bars, hotels, and restaurants lost almost 900,000 of their employees in August. Some of it was due to the number of guests being down so there wasn’t enough money to be made. Especially for servers and bartenders who rely heavily on tips.

Likewise in the retail industry where some employees work for a portion of what they sell, they suddenly found themselves without enough customers. Despite their crazy-good sales skills, they’ve had far fewer people to try and convince.

In August alone, the U.S. Labor Department reported that 4.3 million Americans punched their final time cards and quit. This is 3% of the total workforce. This figure added to the 700,000 fewer new hire’s between July and August and you have yourself a recipe for disaster.

After being flooded with numbers and percentages, here’s all you need to know in a nutshell. If it’s even possible to imagine this, only 194,000 new job vacancies were filled in August, nationwide. One more time for those in the back.194,000.

Here’s where the unsolved puzzle pieces The number of posted help wanted jobs in August leading into September was close to tying the record. The number of available jobs was up by 62%, while the number of unemployed continues to rise.

A great deal of what’s being seen can be blamed directly on the Delta variant, and it’s a double-edged sword. Many workers have walked off of jobs where COVID-19 safety measures were not being followed or enforced. In their eyes, the income wasn’t worth the risk to them or their families.

In cases like these, the unemployed workers are not generally searching for a new job. They’ve made the decision to stay home until they consider it safe enough to come out again.

In opposite cases, workers have walked away from their jobs rather than be forced to receive the vaccine against their will. Mandates have taken an immense toll on federal institutions, hospitals, and schools.

With Joe Biden’s recent round of mandates being announced in early September, there’s no way of knowing yet what type of an impact it’s been delivering to the jobs market until the next report is released. It’s safe to say it’s not going to be good.

Jennifer Lee, an economist with BMO Capital Markets, summed up what the report indicates quite nicely. She said the available data is “highlighting the immense problems businesses are dealing with. Not enough people. Not enough equipment and/or parts. Meantime, customers are waiting for their orders or waiting to place their orders. What a strange world this is.”