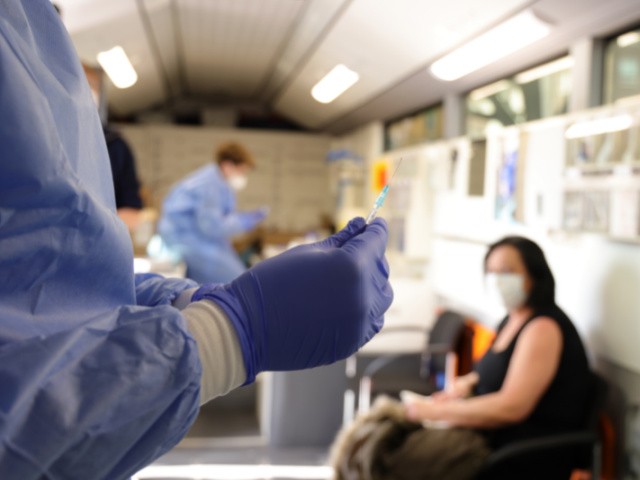 The survey asked, “Do you believe people recovered from COVID-19 with natural immunity from antibodies have the same level of protection as those that are fully vaccinated?”

However, opinions vary drastically across party lines. A plurality of Democrats, 45.4 percent, do not believe natural immunity provides the same level of protection, but 60.9 percent of Republicans and 53 percent of independent voters say it does.

Sen. Rand Paul (R-KY) is among Republicans making the case for natural immunity, confronting Health and Human Services (HHS) Secretary Xavier Becerra during a Senate Health, Education, Labor, and Pensions Committee hearing weeks ago after the official called coronavirus survivors who are refusing the vaccine “flat-earthers”:

During the hearing, Paul asked the official if he was familiar with “an Israeli study involving 2.5 million patients, which found that the vaccinated group was ‘actually seven times more likely to get infected with COVID than the people who had gotten COVID naturally,'” as Breitbart News detailed.

Becerra admitted he was unfamiliar with the study but ultimately refused to apologize for characterizing those refusing the vaccine as “flat-earthers.”

“You have no scientific background, no scientific degrees, yet you aren’t really concerned about 100 million Americans who have had the disease. You just want to tell us, ‘Do as you’re told,'” Paul said, grilling the secretary: