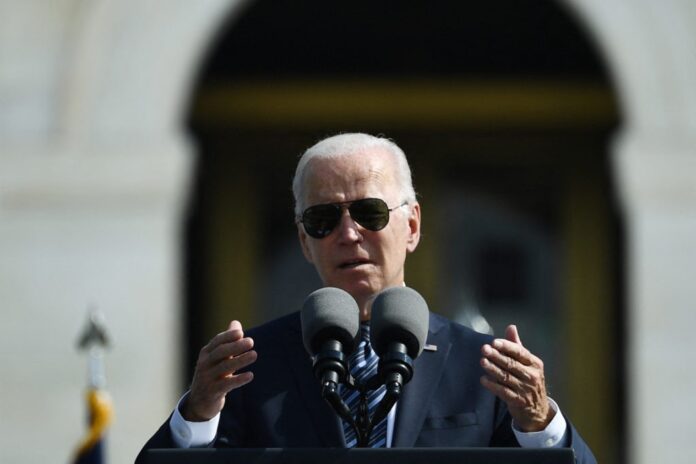 Additionally, 61.3 percent of the respondents gave Biden a negative rating when asked about the president’s job performance, and 2.3 percent were unsure of how they felt.

Biden was viewed negatively among all age groups, particularly the younger generation of voters between 18 and 29 years old, who viewed him 63 percent negatively and only 34 percent positively.

In August, Biden botched the withdrawal from Afghanistan, resulting in backlash from Republicans in Congress after the death of 13 U.S servicemembers and hundreds of U.S. citizens, Afghan allies, and vulnerable Afghans left in the county controlled by Taliban terrorists.

Biden, along with his Secretary of State, Antony Blinken, once touted the “completion” of the operation to evacuate civilians and servicemembers from the Taliban-controlled country but refused to say the exact number of Americans they left behind when asked.

However, the U.S. is also in the middle of a months-long cargo ship crisis, contributing to empty store shelves. Data from the Labor Department revealed that the soaring price of moving goods around the country has been adding to inflation, setting consumer prices skyrocketing.

Meanwhile, Biden’s U.S. Transportation Secretary Pete Buttigieg has been MIA for nearly two months. It was recently exposed that Buttigieg has been “lying low” while being on “paid leave since mid-August to spend time with his husband, Chasten, and their two newborn babies.”