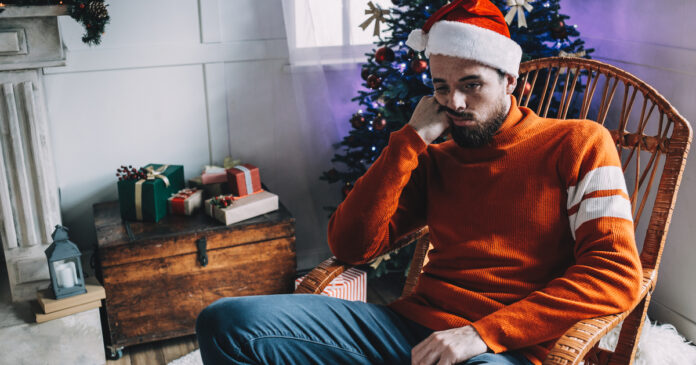 For those of you who thought this Christmas would be normal, that things would be as they were before the COVID-19 pandemic, think again. We might not have to endure social lockdowns, Christmas parties wearing masks, or no paychecks due to closed business doors. But that doesn’t mean things will be ‘normal’ again.

Why? Well, once again, we can blame it on America’s worst-liked president, Grinch Joe Biden.

As many of you have heard or seen, our coasts are pretty much packed with incoming ships just waiting to be unloaded or filled up. And have been for months now. Needless to say, it has caused a major supply chain issue.

Back in August, President Biden promised he would fix the issue before it became a major one.

As Breitbart reported, he said on August 11 that his administration was “bringing together the port operators, shipping line, the labor unions, trucking companies, railroads, and others to speed up the port’s operations.” Furthermore, he promised that this was just a phase and one that we would soon get through “as our economy continues to heal.”

Now, to be clear, not all of the problems stem from Biden’s decisions alone. After all, we are still recovering from a pandemic that pretty much wiped the rug out from under us all. There would be problems with the economy, supply chains, and such, no matter who was in charge at the moment.

However, someone else might actually be doing something about it, rather than just saying he is.

Oh, he did appoint a new “port envoy,” a John D. Porcari, who supposedly has much experience in such matters, according to White House press secretary Jen Psaki. But Biden did that shortly after making his promise in early August. Two months later, the mess is an even larger one than when it first began.

Similarly, Biden’s Transportation Secretary Pete Buttigieg has said that his department is handling it. However, every time he’s asked about the specifics, he starts rambling about how they continue to “see a lot of problems” and ones that won’t be going away anytime soon.

If you’re familiar with political speak and excuses, you’ll recognize this as basically another way of saying, ‘don’t expect us to fix the problem because we can’t.’

Additionally, Buttigieg points the finger for not doing any fixing they could have done at Republicans, emphasizing that if the GOP would just let Biden’s two ridiculously pork-filled infrastructure bills pass Congress, all of these problems are would go away.

In the meantime, while these bigwigs are busy making excuses, the problem is only growing. As Breitbart reported, this weekend saw no less than 146 cargo ships waiting off the coast of California to be unloaded. And don’t even begin to ask me how many are anchored around Florida…

That’s hundreds of ships filled with consumer goods like clothes, books, food items, and toys that Americans won’t have access to anytime soon. And if you haven’t realized, Christmas is coming.

At a time when shipping is already usually delayed more than usual, and popular items are sold out quickly, now even the unpopular things won’t be put on store shelves.

As one managing director at AlixPartners consulting firm Joel Bines says, “There will definitely be weeping children this holiday season. Black Friday doesn’t exist; the holiday season doesn’t exist, not as it used to. It’s essentially Oct. 1 to Jan. 15.”

Some companies, such as Lowe’s, are trying to avert having empty shelves by ordering items far earlier than usual. But this comes with its own cost, as stores now have to pay warehouses to store their inventory not ready for the shelves.

Additionally, to make up for those costs, some companies have suggested increasing consumer prices. But as you know, at a time when inflation is on the rise and tax increases are being proposed, that’s not going to be at all popular with Americans.

And yet, Biden thinks his biggest problems are banning fossil fuels and adding trillions to the national debt ceiling…