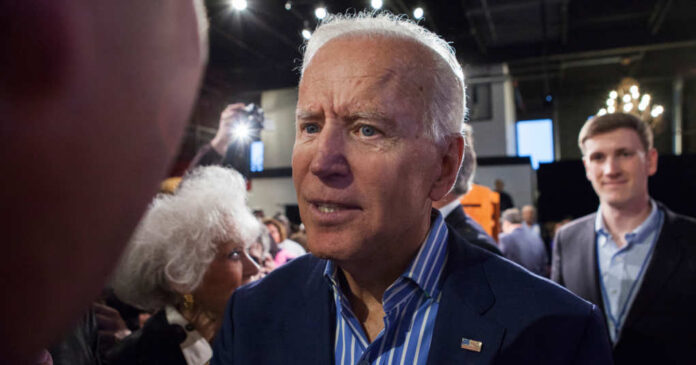 Those that voted for Joe Biden are trying to justify their vote knowing that his son is a corrupt criminal. Their famous words are, “Well, I didn’t vote for Hunter Biden.” As much as that may be true more evidence is pouring in showing that daddy Biden is just as guilty of criminal activity as previously known.

Joe Biden was careful to keep his name off of the list of corruption. But that does not change that he was involved with conflicts, influential meddling, and forcing international powers to bend their will to his own.

It is no secret that daddy and son Biden shared bank accounts to pay each other’s bills and other items. The link has led the FBI to expand their investigation into Hunter Biden’s money laundering business and his roles in foreign matters. They hope that they can trap daddy Biden and prove he is corrupt.

The Daily Mail reported that “emails from Hunter’s laptop between Hunter and Eric Schwerin, his business partner in Rosemont Seneca, show that Schwerin ‘was working on Joe’s taxes, discussing the father and son paying each other’s household bills, and even fielding requests for a book deal for the then-vice president, as well as managing the donation of Joe’s senate papers to the University of Delaware.’”

Joe Biden has always stated that he had nothing to do with his son’s affairs. But the money has his fingerprints all over it.

While Biden was vice president, he used his influence to get favors granted for his family. The Daily Mail found that “In yet more evidence of the deep commercial relationship between Hunter’s firm and the VP’s office during Joe’s tenure, Rosemont Seneca received special favors from the White House while Joe was in office, including dozens of tickets to exclusive 1600 Pennsylvania Avenue events and private tours for Rosemont Seneca clients or associates.”

Creepy Joe Biden went to great lengths to get his son in touch with people that could make his name wealthy and lavish. And good old Hunter Biden had to be paying his father’s bills like the emails report. In one instance, over half the son’s salary went to pay his father’s financial demands.

The Daily Mail reported that one of the emails. Hunter is quoted saying, “It’s really hard. But don’t worry, unlike Pop [Joe], I won’t make you give me half your salary.” Over and over, the emails mentioned that daddy Biden had his bills paid by his son.

In one email, Hunter wrote that a check of his father came in from the IRS, and he ended up cashing it and writing a check to pay a balance due to another family member. But the striking part was that Hunter said he never told his dad, and even the family did things without telling each other.

It was also discovered that the son’s business partners had their hands in the money as well. They were paying daddy Biden’s bills which raises the red flags about why they were paying his bills. They even were paying things for Biden’s wife, Jill Biden.

One of the emails revealed that Hunter had connections that would help him rub shoulders with high-profile individuals to make him millions. The email pointed out that “Having their annual meeting in DC in July. Spanish Foreign Minister attends. Danny wants to explore with you possibility of getting VP to host event at NAVOBs [Naval Observatory] for group. Maybe even an appearance at a reception at a hotel. I’ll get more info and we can discuss with Danny next week. I think Solomont mentioned your interest in Spain and that is why Danny is calling us.”

Daddy Biden was to help hunter make the connections that would land him critical positions in major companies. John Cassara is a former U.S. Intelligence Officer, and he noted that what he is seeing is very concerning and looks like corruption. Joe Biden is in over his head, and it is a matter of time before he is caught and put in prison.