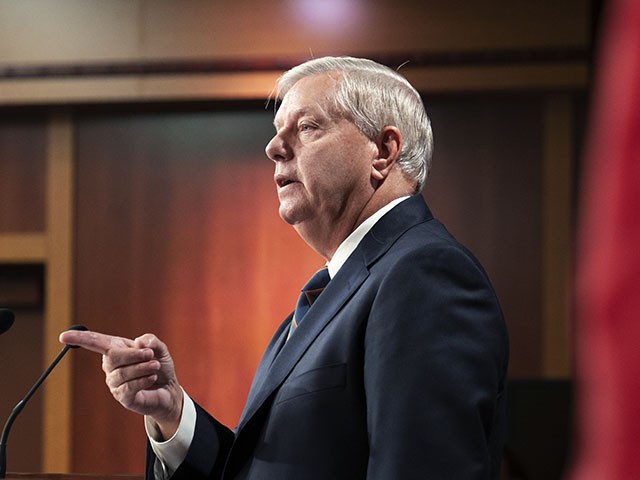 On Monday’s broadcast of the Fox News Channel’s “Hannity,” Sen. Lindsey Graham (R-SC) stated that China’s reported missile test is “a military game-changer when it comes to nuclear forces. We’ve allowed the Chinese to leapfrog us.” Graham also argued that President Joe Biden won’t be able to convince China to stand down, and that you can add “a nuclear arms race with China, which we’re losing” to the failures of President Biden.

Graham said, “If, in fact, the Chinese have developed a hypersonic missile that can deliver a nuclear weapon, it’s a military game-changer when it comes to nuclear forces. We’ve allowed the Chinese to leapfrog us. And we’re going to have to do one of two things: Get them to stand down, and I don’t know how Joe Biden convinces anybody to stand down. And if they don’t stand down, we’re going to have to develop a capability to neutralize this and one-up China.”

He continued, “So, when you have the Joe Biden greatest hit list, a broken border, rise of terrorism, rampant inflation, you can now put on the list a nuclear arms race with China, which we’re losing. Weakness breeds aggression. And I’m going to ask the Senate leadership, Schumer and McConnell, to brief the entire body on whether or not this story is true. If this is true, the Chinese have developed this capability, it’s the biggest game-changer in the last 40 years when it comes to our nuclear problems with China.”