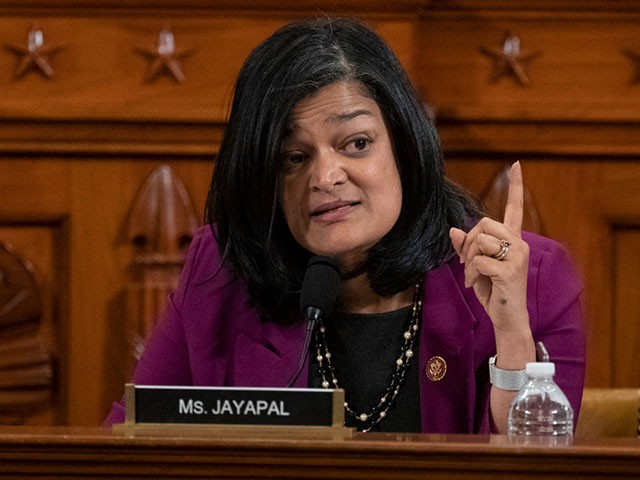 Representative Pramila Jayapal (D-WA) said Monday on MSNBC’s “The Rachel Maddow Show” that her White House meeting with Sens Joe Manchin (D-WV) and Bernie Sanders (I-VT) went well enough for her to predict both the infrastructure and reconciliation bill will pass Congress.

Jayapal said, “We’re going to get them both done. We are going to get them done. It is a messy process. Democracy is not always easy. Negotiation is not always easy. There are differences. Everybody knows there are differences. We have to bridge them, and we got to come together because, at the end of the day, we have to deliver both these bills, the infrastructure bill and Build Back Better Act, to the president’s desk.”

She continued, “I have always been happy to talk to anybody. It was great to spend time with Senator Manchin today. I’m not going to get into the details of what we talked about. I think it is important for us to be talking to each other.”

Jayapal added, “We’re going to keep having these conversations. I’m back at the White House tomorrow with some of my progressive colleagues. I know the president is also doing another meeting with some of the other centrist Democrats, but this is important. I do think it’s important that the president himself has been really engaged.”