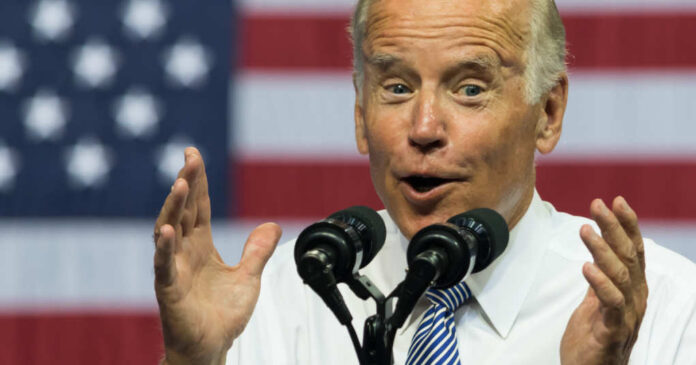 Larry Summers is the man that is calling attention to the fact inflation is going to get extremely bad the more the woke agenda is pushed on people and politics. Summers served as the Treasury Secretary when Bill Clinton polluted the White House with his presence. Summers has also served as the Director of the National Economic Council during those same years. And when a liberal of his caliber admits things are bad, it should send shock waves worldwide and point out just how wrong Joe Biden is for the country.

Summers was asked to speak at a conference put on by the Institute of International Finance. They wanted to hear his thoughts about the problem of inflation and other financial matters. He had once stated that inflation was wrong, but now, he is back telling people that it is worse than he had once thought.

Summers pointed out that the push by Biden to accept the woke philosophy has made a terrible mess. He stated, “We have a generation of central bankers who are defining themselves by their wokeness. They’re defining themselves by how socially concerned they are.” They are essentially making a decision based on how they feel at a particular moment in their miserable existence, and they are taking the rest of the country down the drain with them.

Larry Summers now teaches at Harvard. His pathetic teachings drain the enthusiasm out of his students. But when a liberal starts complaining of inflation, it is a reality that must be addressed. Inflation is about to take off, and the current Democrats in leadership positions do not seem to care that gas and other commodities are about to become so expensive that it is going to cripple the world.

He noted that “We’ve gone even further towards losing it in Britain and I think we’re at some risk in Europe.” Just in the past year, The Wall Street Journal has noted that prices have risen 5.4 percent. And so far, in 2021, prices have jumped 6 percent. Inflation has doubled and surpassed all the years prior.

Joe Biden’s spending habits are to blame. The massive bills he was pumping into the country and the supply chain issues he had caused lead to the spike in inflation. Summers also stated that “The main risk is that our economy’s going to overheat. And then once it overheats, it’s going to be hard to put out the fire without doing a lot of damage and causing a lot of problems. And so I’d like to see us shift towards a policy concern. I mean, let me give you another example.”

The economist once stated that demand was going to outpace production. And Joe Biden did not seem to care that people were demanding more products. The president did not listen to his advisers and start planning how he would meet the higher demands of the consumer.

Summers added that “What is surprised me is how tight the labor market has become, how fast. How many supply-side bottlenecks have returned, and how rapidly inflation has accelerated. And that seems to be translated into increases in inflation expectations.”

The hurricane is nearing landfall, and not one current Democrat seems to care. They are more concerned with keeping men in women’s restrooms than they are with battling inflation. They want another recession because it would give them another excuse to grab power and subject people to the horrible notion of governmental control within their personal lives.

Joe Biden keeps on listening to the progressive who do not know how to balance economic growth with demand. They are all concerned with pushing problems that do not exist so they can slowly faze out democracy and replace it with their evil version of socialism.

Joe Biden is so naïve to their plan that he has jumped in with both feet. He keeps selectively pushing Alexandria Ocasio-Cortez’s Green New Deal in stages. Her idea bankrupts the nation and destroys the world’s economy because everything is based on the American dollar.