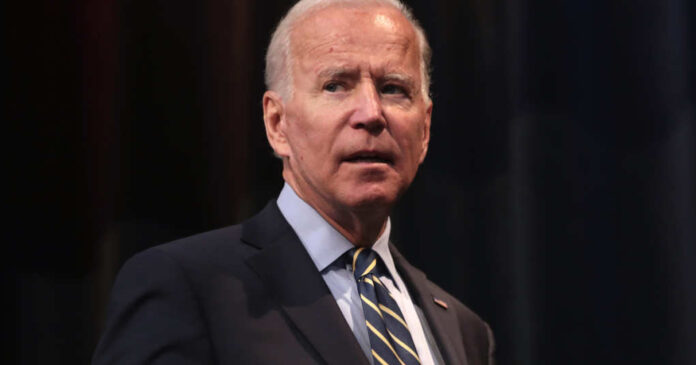 Hunter Biden has had so many scandals it would make most parents disown their children. Not President Biden. Instead, he doubles down on his claims of having nothing to do with his business deals, while also being directly involved per new email reports. In a recent piece, The Daily Mail uncovered emails between Hunter Biden and Eric Schwerin that show the link between Joe and Hunter Biden’s finances that would in turn put Joe under investigation as well.

For ages now Joe has professed that he has nothing to do with Hunter’s deals and that their finances are totally separate, yet these emails paint an entirely different picture. Hunter and Schwerin were business partners at Rosemont Seneca and these emails detail how Schwerin was linked beyond just coworkers. Schwerin “was working on Joe’s taxes, discussing the father and son paying each other’s household bills, and even fielding requests for a book deal for the then-vice president, as well as managing the donation of Joe’s senate papers to the University of Delaware” per the piece from The Daily Mail.

These emails aren’t anything just conjured up out of the blue as Democrats would love for you to believe. These are directly from Hunter’s own laptop. The damning evidence even goes on to implicate Joe’s involvement (involuntarily or not) in prostitution and drug trafficking.

The Daily Mail went on to state “On May 24, 2018, a recently retired senior Secret Service officer, Robert Savage, texted Hunter warning he would ‘have to assume you are in danger’ and commandeer keys to the room if he didn’t come out of his $470-per-night suite at The Jeremy Hotel in Los Angeles where he had been holed up with a Russian hooker to whom he wired $25,000.

The agent added: ‘Come on H this is linked to Celtic’s account’ – the Secret Service code name for Joe Biden. ‘DC is calling me every 10. Let me up or come down. I can’t help if you don’t let me H.’It is unclear whether the agent’s reference to ‘Celtic’s account’ was about charges for prostitutes on a Joe Biden bank account, or his employment by Joe Biden to monitor his son.”

This damning evidence uncovered amounts to a litany of charges for Hunter if they do the morally right thing and charge him. Given his guest list at his recent art shows, the Secret Service detail, and the amount of effort they have gone through to try and hide things, it’s not very likely to happen without more external pressure.

Schwerin’s dealing with Joe is linked even deeper than finances. When Joe was the sitting Vice President Rosemont Seneca was the firm fielding his potential book deals, he also had them handling his donation of Senate papers to the University of Delaware.

While these kinds of situations are not typically handled by the VP or Senator directly, it is usually handled by an internal person; like maybe an aide? However, Joe is no ordinary elected official. He’s special and needs special treatment. This means external agencies handling everything for him, and making sure his baby boy isn’t doing the ‘wrong thing’…at least in the public eye.

As more and more of these documents and email exchanges are uncovered, one must wonder when the other shoe will finally drop. When will Joe and Hunter finally pay for all they have taken from the American people? When will they be held accountable for the deception, mistrust, and lip service?