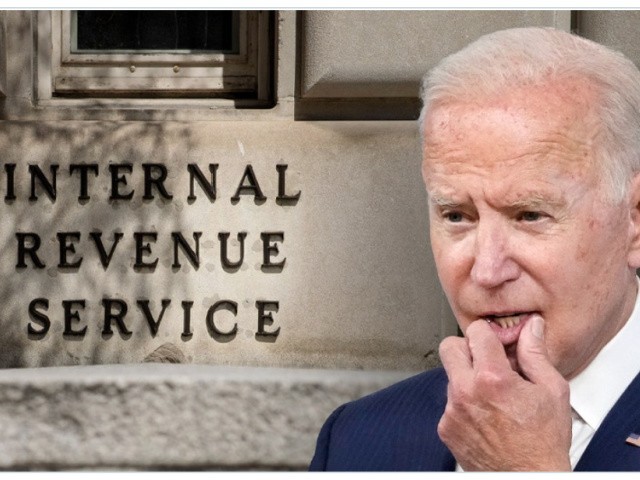 Senate Democrats and Yellen hoped to use the proposal to offset the cost of the $3.1 trillion infrastructure bill, otherwise known as the Build Back Better Act.

Democrats scaled back their proposal after Republicans, conservative organizations, and industry groups lobbied against the proposal. Democrats hoped that the measure would help the IRS find those evading taxes.

Although the revision serves as an improvement over their original proposal, Republicans contend that the Democrats’ updated regulation would still enable the IRS to spy on Americans.

“Even at a higher threshold, this rule would facilitate unwarranted snooping by the IRS,” Sen. Cynthia Lummis (R-WY), a member of the Senate Banking Committee, told Breitbart News. “It continues to be unacceptable and a government overreach. The IRS has shown they are unable to adequately protect the data they currently manage, and we shouldn’t be giving them even more information on regular Americans.”

Sen. Steve Daines (R-MT) said that the IRS should not spy on Americans regardless of income.

“The last thing Montanans want is the IRS spying on their bank account. Whether it’s $600 or $10,000, the IRS shouldn’t be sticking their nose in the lives of everyday Montanans,” Daines said.

Rep. Ashley Hinson (R-IA), who sponsored the Protecting Financial Privacy Act to prevent the IRS from requiring financial institutions from reporting their customers’ financial data, vowed to continue fighting the Democrats’ plan to spy on Americans.