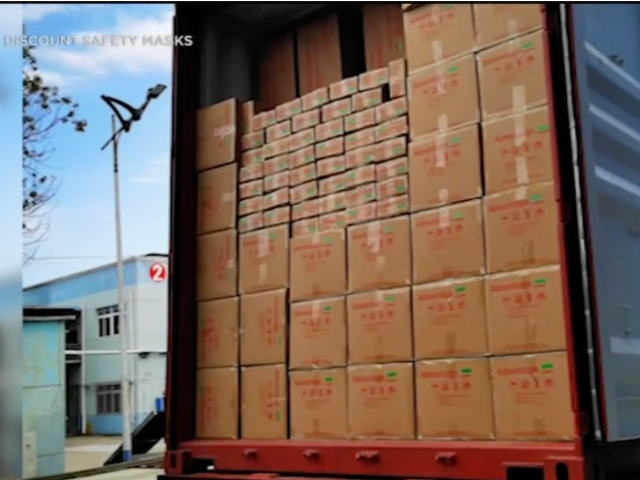 “Rather than living constantly on the verge of throwing a fit, and risking taking it out on overwhelmed servers, struggling shop owners or late-arriving delivery people, we’d do ourselves a favor by consciously lowering expectations,” Micheline Maynard wrote for the Post.

Maynard, who repeatedly used language comparing Americans to fussy toddlers, first asserted that Frederick Taylor’s The Principles of Scientific Management never took into account “the havoc a pandemic might do to supply chains.” Following the typically excepted diction of far-left media, Maynard notably credited the disembodied “pandemic” for supply chain woes, rather than properly assigning blame to world governments that shut down economies and caused mass unemployment and disruptions in a largely failed effort to “stop the spread.”

She then argued “Americans’ expectations for speedy service” should be replaced by more “realistic expectations,” before quoting an Atlantic article in which the writer asserts that American shoppers have been “trained to be nightmares.” Notably, The Atlantic is also owned by Steve Jobs’ widow, Laurene Powell Jobs, who funds shady leftist activism around the world.

“The pandemic has shown just how desperately the consumer class clings to the feeling of being served,” Maynard quoted the author, who wrote before the supply chain crisis came to fruition.

Maynard then seemingly mocked Americans for questioning the massive and devastating inflation and supply chain failures that they are witnessing — problems which can significantly damage the lives of average Americans living paycheck to paycheck. Unlike the leftist elites, who can breezily drive their Teslas to the nearest Whole Foods for their vegan, dairy-free, gluten-free, leather-free, cruelty-free goods, supply chain problems and resulting inflation are a tax on everyday Americans. These same Americans, not necessarily plagued by an inability to frivolously shop, are instead troubled by finding toilet paper, filling their cars with gas to get to work, and paying for increasingly costly staples like meat and eggs. Maynard wrote:

Customers’ persistent whine, “Why don’t they just hire more people?,” sounds feeble in this era of the Great Resignation, especially in industries, such as food service, with reputations for being tough places to work. … All I can do is hope for the best. Like everybody else. And keep those expectations reasonable. Eventually the supply chain will get straightened out.

Maynard concluded by arguing that it is the current generation’s turn to grapple with “shortages of some kind” — as if the sufferings of yesteryear can be considered “status quo” and somehow give the world’s current leaders a pass for severe mismanagement. She unwittingly proceeded to compare the supply chain crisis to other examples of failed government leadership as reasons why Americans should except Biden’s current crisis. She finished with this:

American consumers might have been spoiled, but generations of them have also dealt with shortages of some kind — gasoline in the 1970s, food rationing in the 1940s, housing in the 1920s when cities such as Detroit were booming. Now it’s our turn to make adjustments.

In the 1970s, it was the Democrat leadership of former President Jimmy Carter that throttled inflation rates and led to the infamous gas lines. Food rationing in the 1940s was a symptom of World War II — a war which led to the deaths of tens of millions of people worldwide. Detroit, which has endured Democrat leadership since the 1960s, has, according to experts, decreased in home ownership as a result of overtaxation.

Many readers did not react kindly to Maynard’s postulation that supply chain disruptions and the resulting chaos should be accepted as part of “the new normal” — far-left CNN notably wrote in-kind, saying Americans shouldn’t expect to shop like pre-pandemic “before-times.” Experts have warned that the fallout from the supply chain crisis may continue until as late as 2023.

‘”Try to lower your expectations” is becoming the theme of Joe Biden’s America,” former White House chief of staff Mark Meadows replied in a tweet.

“We live in the greatest country on earth and I will not lower my expectations. They want us to compare America to Venezuela and judge by those standards,” Rep. Lauren Boebert (R-CO) tweeted.

Meanwhile, the Biden administration has struggled to deal with the crisis. Secretary of Transportation Pete Buttigieg convened a meeting on the cargo issue in July, but took two months’ of paternity leave, unannounced, in mid-August and only recently returned, Breitbart News previously reported.

On Tuesday, the backlog of container ships at the ports of Los Angeles and Long Beach reached record highs, with 100 ships waiting to enter and unload.