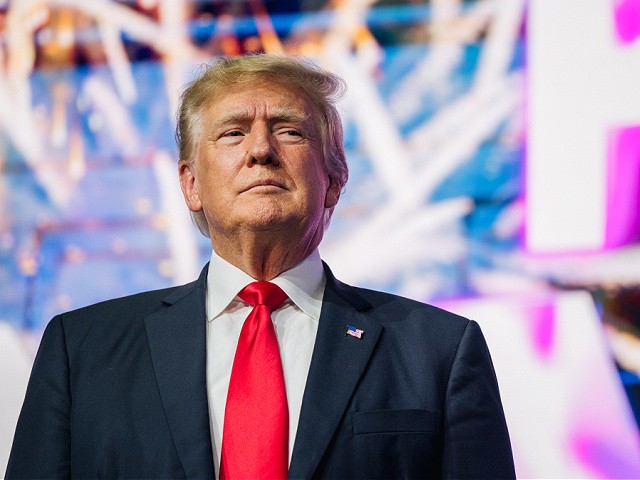 The announcement of the app comes after Trump Media and Technology Group and Digital World Acquisition Group entered into a merger “to form a new company, chaired by the former president,” reported ABC News, which noted:

The company was formed using a special purpose acquisition company, or SPAC, which the Securities and Exchange Commission’s website says is a ‘popular vehicle for various transactions, including transitioning a company from a private company to a publicly traded company’.

The newly formed company will soon be launching the social media platform TRUTH Social, which was billed in a press release as “a rival to the liberal media consortium.”

“Trump Media & Technology Group’s mission is to create a rival to the liberal media consortium and fight back against the ‘Big Tech’ companies of Silicon Valley, which have used their unilateral power to silence opposing voices in America,” the release said.

A beta version of the platform will be available to invited guests come November.

“We live in a world where the Taliban has a huge presence on Twitter, yet your favorite American President has been silenced,” Trump said in a statement.

Earlier this year, the president disappointed fans and followers when he teased about launching a new media platform that turned out to be little more than a blog once unveiled. Less than one month after it launched, “From the Desk of Donald J. Trump” went offline.

“It was just auxiliary to the broader efforts we have and are working on,” Trump senior aide Jason Miller said at the time.

Jason Miller also hinted at the time that the move was a precursor for Trump launching a social media platform of his own:

According to the Palm Beach Post, the company also “intends to launch a subscription video on-demand service” that will “feature ‘non-woke’ entertainment programming, news, podcasts, and more.”

Shortly after the Capitol Hill riot on January 6, social media giants Twitter, Facebook, and YouTube removed Trump from their platforms, giving no indication that he would ever return.