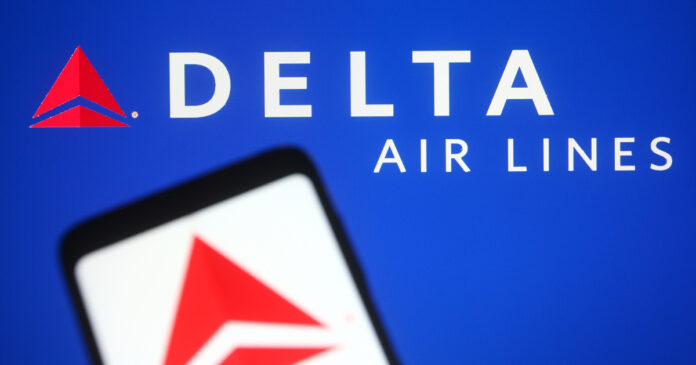 This last week we have seen thousands of flights delayed or canceled from Southwest Airlines’ decision to impose vaccine mandates on its workers; playing right into the Democrat’s hand for full vaccination against COVID-19. Their mandate for all companies with over 100 workers to require vaccination, is another step towards a communist state by the current President. Despite these demands, the workers have struck back. While their union and SA stated it was not a planned activity, this ‘sick out’ made ripples across America, with thousands of people being left stranded. Their higherups blamed the ATC for a ‘worker shortage’, or the weather for these delays; both of which have proven to be completely unfounded.

Delta CEO Ed Bastian on the other hand is not someone to wait for the Government to tell them what to do. While speaking with Fox News’ The Claman Countdown this past week he informed them of why Delta has been so efficient in getting this accomplished without having to kiss the ring. “A month before the president came out with the mandate, we had already announced our plan to get all of our people vaccinated. And the good news is the plan is working… By the time we’re done, we’ll be pretty close to fully vaccinated as a company without going through all the divisiveness of a mandate…We’re proving that you can work collaboratively with your people, trusting your people to make the right decisions, respecting their decisions, and not forcing them over the loss of their jobs.”

Who knew you could get things accomplished without having to force their hand? While he also admitted that there is still work to be done in getting the medical and religious exemptions done, they are on the right path to getting this done under freedom of choice. Leaving people with their rights preserved they tend to make better decisions.

Delta as well as Southwest Airlines and American Airlines are government contractors and subject to stringent rules and regulations much like our Military. So far Southwest has gone full steam ahead with this latest mandate, and American has been starting to bend the knee as well. Yet Delta’s early steps gave them the ability to take a ‘wait and see’ perspective with this mandate. This delay gave employees plenty of time to do research and to do what is best for themselves.

This could lead to more consolidation of airlines, as many are still financially struggling after the pandemic. This mandate takes a big shot at the airline industry as well as many others to include manufacturing, logistics, and energy as many of the biggest companies have well over 100 employees. Cruise ships seem to be immune to this mandate as many of their vessels are ‘based’ in other countries, despite many of their ships leaving from American shores. Being left out of this mandate left it up to their board of directors to set their own standards.

As usual government oversight is making this much worse than it needs to be. For a party that loves to toot the horn of progressive politics, wave the banner for ‘everyone is a special snowflake, and turning the military into a social experiment they sure love telling people what to do instead of accepting the differences we all have. For many, this vaccine came too quickly to be trusted. Others simply believe in their own immune system. This mandate is a tremendous overreach by the government, and it’s great to see Delta and Ed Bastian taking a stand for our freedoms. Is it time to start flying Delta exclusively? I think so.