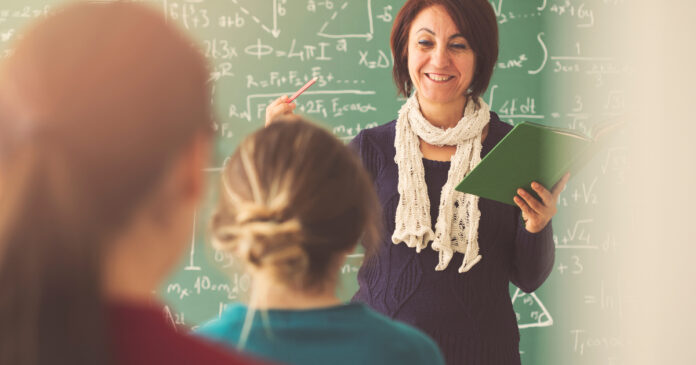 Faculty and students from across the whole state of California staged walkouts from their schools in acts of defiance concerning vaccine mandates and testing requirements from the state government that are set to take effect this week.

According to the Los Angeles Daily News, the demonstrations took place from San Francisco to San Diego, and from the San Fernando Valley to the Inland Empire and Orange County. They all coincided with statewide employee vaccination requirements that begin this week. The employees of the school systems have a choice to either get vaccinated or tested or potentially lose their jobs.

With the influence of social media, news of the walk-outs, potential sit-outs along with other forms of protests spread quickly over media outlets over the weekend. There were activists who urged parents to pull their children from their classroom and for their teachers to join them or even stay home from work.

Tess Van Dusen, an event organizer reportedly said to ABC10 in Sacramento, “We’re fighting for the freedom to make the medical choices that are best for our children. We are fully prepared to pull our kids from public school and hire our own teaching staff if that’s what it takes. We do not co-parent with the government.”

In Van Nuys, which is a part of the Los Angeles Unified School District, there were demonstrators outside of the high school that held signs as they marched. Some of the signs reportedly read: “My Body, My Choice,” “Our kids are not lab rats,” and “Stop the mandate LAUSD.”

According to The Daily News, some of the demonstrators included people with a wide range of opinions about the vaccine. One of the protestors was Amanda who is a founder of the group. She did not want her full name used in any reports because she was afraid of potential backlash against her family. She said that some of the group members have gotten their COVID-19 vaccination shots and that some have children who have now received all other immunization shots that the state requires of students attending school in person.

“Not everyone in the group opposes vaccines in general, but they are concerned about exposing children to a vaccine whose long-term impacts haven’t been fully studied,” she said.

ABC 7, a local Southern California news outlet, reported that organizers asked parents to keep their children out of school or pull them out of their classes as a form of protest against the governor of California and his vaccine mandate.

A number of protesters against Governor Newsom’s mandates were defiant in their position. They said it wasn’t that it was political for them, but rather an issue of personal choice.

A former California teacher, Carol Wilkerson Runge, said that she has personally been vaccinated and that half of her family has as well. But that she was protesting for freedom of choice.

It was communicated that keeping children out of the classroom would affect the funds that the schools receive.

Babe Prieto noted that parents knew if their children stay home from school that it would impact the funding that schools will get for the day. She said that parents like her want the government and school system to know that they were serious about not being forced to vaccinate their children.

The flyer demanded parental choice over the bodily autonomy of their children.