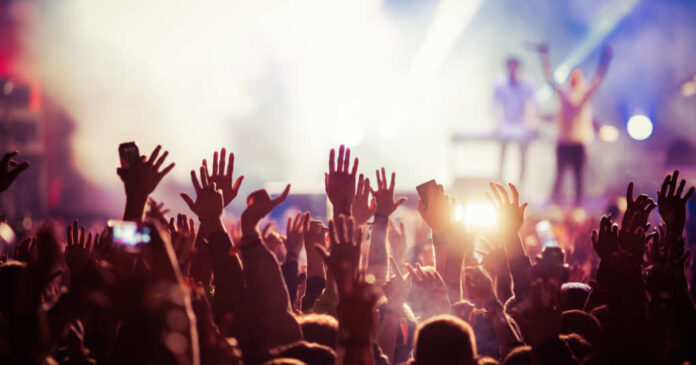 While nearly every industry has been damaged by COVID, few if any have felt the impact as much as the arts. From theater to movies, to music, to photographers, to tattoo artists every artist has felt the pinch by the restrictions placed upon the globe from this pandemic. Nobody could put on a play, tour the country, gather for family portraits, or get new tattoos for months.

As time passed these restrictions became less and less, but the restrictions on large groups (like for a wedding, play, or concert) have largely remained in place. These restrictions were placed upon these artists meant that they couldn’t do what they do best; go out and entertain. Yes, there were online concerts available from the start of the pandemic, but they pale in comparison to the feeling of a real concert. 2021 has seen the return of live music, but with restrictions on the artists and the fans.

Country music legend Travis Tritt in turn has added his name to the litany of artists saying ‘no freedom, no show’. “I’m putting my money where my mouth is and announcing that any venue or promoter mandating masks, requiring vaccinations, or pushing COVID testing protocols on my fans will not be tolerated.” This stance of defiance is nothing new for the country music superstar or many others in the country music scene.

For years Tritt and other country artists have made a living by telling the ‘Joe Everyman’ story. Singing songs most fans could relate to, his lyrics have filled concert halls for over 40 years, and he shows no signs of stopping, or of letting anything stop his fans from enjoying his shows. Thankfully for his fans, that means he’s continuing his Here’s a Quarter tour, just with selective booking.

“There are plenty of promoters and venues around the country that appreciate fans and the freedom of choice in this great country, and those are the promoters and venues that I will be supporting.” This statement on his website in turn meant that certain shows were canceled like Muncie, Indiana on October 23rd, in Peoria, Illinois, and Louisville, Kentucky on November 13th. While the news was certainly devastating for fans, the 58-year-old wants his fans to get the full Travis Tritt experience.

With his trademark mustache, big hat, and amazing guitar work, Tritt puts on a show like you would not believe. Given his longevity in the business, it’s a sign he has been doing something right, and standing up for the freedom of choice for his fans is just another step on the path back to a free America. This is something America lacks.

Yet many other artists have been just taking a knee to kiss the Biden ring and abiding with these mask rules; all for the sake of cash. Many of these mandates don’t even come from the local government or the artist themselves. Instead, these mandates are coming from event centers or Live Nation itself. Considering the monopoly Live Nation has on venues and concert promoters, there is little to nothing bigger acts can do.

In the meantime, acts like Tritt will be forced to lose potential income for their tour, fans will be disappointed, and these dictators will continue to try and decide what is best for the people. Until we start seeing more artists stand up and proclaim, ‘that’s not right’ and be willing to take the hit in the wallet, we won’t see real change. Given how long the TSA has stayed in place since 9/11, if we don’t fight back these restrictions will just become the ‘new normal’. Is that what we really want; or do we want the full freedom that America has always stood for?