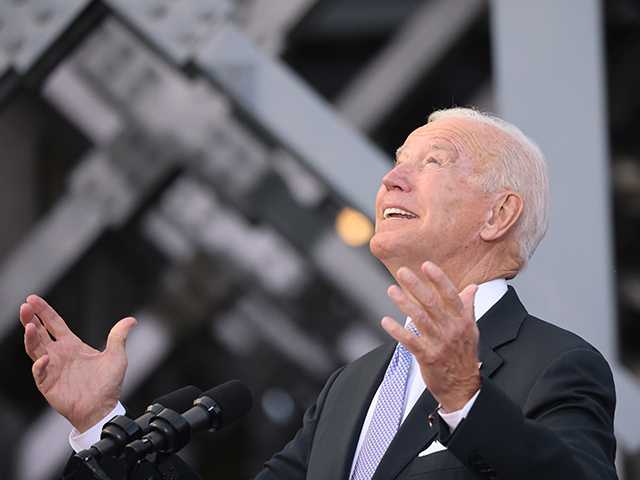 This October 20 headline in the New York Times is worth a ponder: “Where Are the Workers? How can so many Americans afford not to work? And will it last?”

Good questions! As we all can see, the economy is running short of workers in high-visibility sectors, and it’s an open question as to whether this shortage is a short-term phenomenon or a long-term one. Interestingly, the Biden administration seems to want it to be the latter (more on that in a bit).

In the meantime, the Times has its explanation for voluntary unemployment: “Americans are flush with cash.” That is, of course, an exaggeration. Most Americans are nowhere close to full-up money-wise.

Yet still, the natural prosperity of the U.S. economy–including the boom brought on by Donald Trump’s 2017 tax cut–has been further goosed by Covid-related stimulus, including trillions in direct federal expenditures, as well as ultra-low interest rates and accelerated loans and grants. In the words of the Times:

Thanks to pandemic stimulus programs during both the Trump and Biden administrations, many families have received multiple checks from the federal government over the past 18 months. Those stimulus programs also increased the size of unemployment benefits. Over the same period, home values and stock prices have risen, too. As a result, many households have more of a financial cushion than they used to.

We can look back and say that some of this spending was necessary. After all, the economy suffered a CCP-virus related “heart attack” in early 2020, and so it was a good idea for the government to apply electrical cardioversion (money defibrillators) and to set in motion counter-cyclical spending.

Moreover, on the matter of voluntary unemployment, we can further say that not every job is a good job. To put the point another way, bad jobs usually become good jobs when they pay more. So in that sense, if workers are scarce relative to the number of available job openings–some 10 million, according to the Labor Department–that’s good because the competition for workers will bid up wages.

Yet we should also beware of these two economic dangers:

First, over-spending: Today, the federal government is spending too much, overheating the economy and igniting inflation.

Second, over-regulation: The feds (and some state and local governments) are causing supply problems and have been for a long time. The latest and most obvious example of a regulatory obstacle is the vaccine mandates that inhibit businesses and workers from normal functionality.

A now hiring advertisement appears on the back of a fuel trucks on April 29, 2021 in Richmond, California. A lack of qualified truck drivers could lead to a shortage and gasoline this summer and could cause prices to spike. (Justin Sullivan/Getty Images)

This toxic twinning of red ink and red tape is a formula for inflationary stagnation or, as it was called in the 1970s, stagflation. As it happens, I have written much about the ominous parallels between the economy of the 2020s and that of the 1970s, including here, here, and here.

Joe Biden, born in 1942, ought to remember the 1970s. And yet instead of learning from the past with an eye toward avoiding pitfalls, Biden seems happy to be reliving it.

Even more remarkably, the 46th president seems eager to revive yet another mistake from the past, namely, bidding potentially productive Americans out of the workforce by putting them on the government dole.

Such runaway welfarism was a policy mistake of the 1960s. In that decade, President Lyndon Johnson’s Great Society agenda caused welfare spending as a percentage of the economy to double.

One bad result of the Great Society was a sharp increase in the federal deficit, and yet we also saw the worsening of problems vastly more dangerous: a worsening of human dependence, of cultural degradation, and of social breakdown.

Yes, it was the height of perversity. The federal government was spending billions to actively make societal problems even more problematic. (A brave examination of this tangle of pathologies–simultaneously soaring rates of unwed births, dependence, drug use, and criminality–can be be found in journalist Ken Auletta’s 1983 book, The Underclass, which helped to convince even liberals that we needed a change in welfare policy.)

President Lyndon B. Johnson signs the Economic Opportunity Act of 1964, the centerpiece of his War on Poverty, in the White House Rose Garden on August 20, 1964. (LBJ Library)

The results of this reform were dramatic. Over the next quarter-century, the number of people on welfare (first called Aid to Families with Dependent Children, and now Temporary Assistance to Needy Families) fell from 12.6 million in 1996 to 2.9 million in 2020.

To be sure, the problem of costly welfare-dependence has hardly gone away. As former Texas senator Phil Gramm wrote recently in The Wall Street Journal:

Since the War on Poverty started in 1965, the labor-force participation rate of bottom-quintile earners, who now receive more than 90% of their $50,000 average income from government transfer payments, has fallen from almost 70% to 36%.

In other words, Uncle Sugar is still ladling out plenty of sweets, such that those who don’t wish to work can still enjoy material conditions that most of the world would envy. (Most people around the world would not, however, envy the actual lifestyle of the American underclass.)

U.S. Rep. Newt Gingrich (R-GA), left, and Wisconsin Gov. Tommy Thompson compare notes at the Republican Governors Association meeting in Fontana, WI, on November 18, 1992. In 1994, Gingrich would lead the GOP in winning a majority in the House of Representatives in an historic mid-term election campaign centered on the Republicans’ “Contract with America,” which promised welfare reforms similar to the policies enacted by Thompson in Wisconsin. (AP Photo/Charles Bennett)

As the recent spike in crime tells us, the same problems of welfare-induced underclass pathology that Auletta chronicled are still with us today. To be sure, the problem is smaller than it was three for four decades ago, and yet it is larger than it was even just a few years ago.

Yet all the while, the left has been looking for an opportunity to undo any and all welfare reform. In 2021, with the beginning of the Biden presidency, progressives saw their window of opportunity.

That aperture was the $3.5 trillion Build Back Better (BBB), also known as the reconciliation bill, now being debated in Congress.

One of the most controversial elements of BBB is what Democrats call a childcare tax credit (CTC). For their part, Republicans call CTC a Trojan Horse designed to undo welfare reform by stealth.

As part of their political pitch, Democrats typically spin CTC as a tax cut, even though more than three-fourths of the benefits will go to families who already pay no taxes. Which is to say, CTC is a grant. Moreover, since there’s no work requirement or even an education requirement, CTC is really a no-strings-attached handout. Which is to say, it’s a plan for a return to the open-ended era of pre-1996 welfare spending and all the attendant troubles.

The current CTC proposal calls for families to receive $3,600 annually for each child under age six and $3,000 for each child aged six to 18, with a total cost over ten years of $550 billion.

Robert Rector and Jamie Bryan Hall of the Heritage Foundation argue that the purported “tax relief” of CTC is really a bait-and-switch:

Contrary to the administration’s rhetoric, the primary focus and sole permanent feature of the child allowance policy would not be tax relief, but the elimination of all work requirements and work incentives from the current child credit program. In pursuing this change, the administration explicitly seeks to overturn the foundations of welfare reform established during the Clinton presidency.

We can add that work requirements are about much more than just getting people into jobs to help the economy. The far greater importance of work requirements is the signal that they send to the individual. One part of the message is that work is good because work organizes one’s personal life, thereby preventing the decadence of indolence. And a second part is that work is good because it makes every worker a contributing, as well as a benefiting, member of the commonwealth. That’s the key to a genuinely great society where every able-bodied citizen a free and independent stakeholder.

Obviously, many progressives don’t agree with any of this thinking about the value of work. And at least for now, they are in charge of the national agenda. In fact, as Rector further explains, the Biden plan “abandons the link between work and welfare established by welfare reform in the 1990s and re-establishes the principle of unconditional entitlement to taxpayer-funded benefits.” Rector adds, “A better policy would be to strengthen work obligations for able-bodied recipients in such programs as Temporary Assistance to Needy Families, the Earned Income Tax Credit, subsidized housing, and food stamps.”

President Bill Clinton clinches his fist during an October 27, 1996, speech in Nashville, TN, touting the success of welfare reform, which Clinton embraced during his re-election campaign. (PAUL J. RICHARDS/AFP via Getty Images)

Interestingly, most Americans seem to agree with this conservative vision. To be sure, they might have trouble picking their way through the spun-up phraseology of the Biden plan, and yet once the real issues–upholding personal responsibility and vindicating the work ethic–are explained to them, they end up in agreement with the Heritage Foundation experts in supporting work, not welfare.

The gut wisdom of ordinary people is further attested by survey researcher Rich Thau, who has conducted focus groups on CTC. He quoted one young woman in Texas saying, “The child tax credit specifically is just going to promote more people to stay at home and not go to work, because they’re getting this free money handed to them.”

Thau added, “This point–reminiscent of 1980s complaints about welfare–was widely shared among these swing voters.” As we can recall, concerns about welfare and the resulting underclass hit a peak in the ’80s, thereby causing political leaders to finally fix the policy mistakes of decades prior.

Today, Biden has a problem. His overall BBB has been so battered by scrutiny that it’s looking more like a bane, not a boon, to Democrats. And CTC is a particular bone of vulnerability. And while most Congressional Democrats are still on board with BBB–albeit with greater unease–one important Democrat is definitely not on the back-to-the-bad-old-days train.

We only know this much: Joe Biden has revived two of the worst ideas of the 1970s, inflationary over-spending and contractionary over-regulation, and added a third bad idea from the 1960s: destructive welfarism.