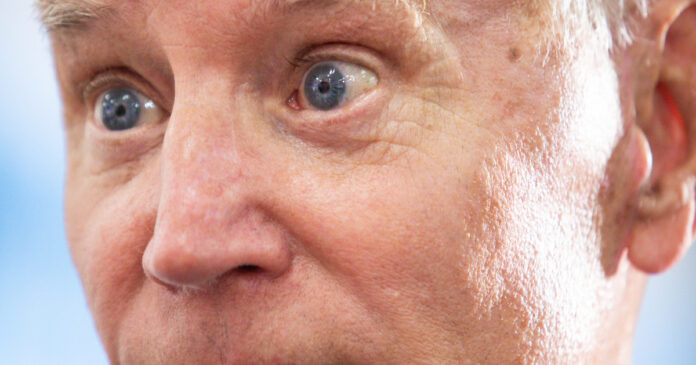 Joe Biden’s inept ability to accomplish anything is beginning to catch up with him. He promises a lot of things but still has to deliver on any of those promises. The decisions he has made along the way have only hurt people and left them to rot behind enemy lines. The worst offense he has committed to date is the abandonment of American citizens in Afghanistan. The president pullout and left people behind, which violates a code that makes sure everyone is brought home. But Biden does not see fellow Americans as a family because he sees them as the enemy.

He thought that he would get away with his betrayal, but that was until the State Department decided to throw a bunch of investigations at him. Antony Blinken is the Secretary of State for Joe Biden, and he is the one coming after the old man. Biden carefully placed loyal people around him to protect him from the onslaught of criticism from those that he would betray. But this time around, even Blinken cannot turn a blind eye to his betrayal.

The State Department has started several investigations into Biden’s retreat from Afghanistan. They are focusing on what Blinken reports as the State Department’s Special Immigrant Visa program; Afghans processed for refugee admission into the U.S.; resettlement of those refugees and visa recipients; and the emergency evacuation of the U.S. Embassy in Kabul ‘to include evacuation of U.S. citizens and Afghan nationals.’”

Biden’s pullout of Afghanistan left thousands of people stranded behind enemy lines. These were people who lived in the United States and some who had visas that should have guaranteed them a spot on the evacuation aircraft. But Biden ignored them and purposefully deserted them to terrorists.

Diana Sham is the Department’s acting inspector general. She informed all the congressional committees that Biden was under a formal investigation and something that the Democrats want to avoid at all costs.

The Democrats have long protected the old man from public exposure and pressure. They know that his frail frame cannot handle the physical demands of the presidency, but they will admit there is an issue. And his mental state is questionable since he has problems carrying on basic conversations with people and remembering names.

And yet, the move to hide and water down the seriousness of multiple accusations against the president is already underway. Ryan Holden has already called the investigations “reviews.” He changed the wording that was used by Politico that referred to them as “investigations.” The liberal wolves are doing everything they can to keep the old man in office so they can continue to push and approve their dangerous agenda. They cannot afford to have someone in office that can think for themselves.

Holden pointed out that “State OIG notified its committees of jurisdiction today of planned projects in the areas you mention. This work will be conducted in coordination with other members of the IG community. However, it is inaccurate to say that these projects are investigations. We indicated to Congress that these projects will be reviews.”

The longer Biden sits in office; the more liberals are going to break ties with him. Congressional leaders cannot afford to have any relationship with him. Biden is an unstable old man that loves to sniff women and kids. It is a matter of time before he does something that lands him in a lawsuit for questionable behavior.

Biden’s amount of negative attention from his handling of Afghanistan is precisely what his masters wanted to avoid. The media has done their best to keep things quiet, but there is just too much drama to bury it all. Biden is going to have to answer several challenging questions that even his people cannot help with.

America is sick and tired of the old man hurting the country and killing off people that have only worked to make the world a better place to live for all people. But Biden is that one person used by evil people to create a world full of terror. And the sad part is that he has lost too much of his mind even to notice the difference.