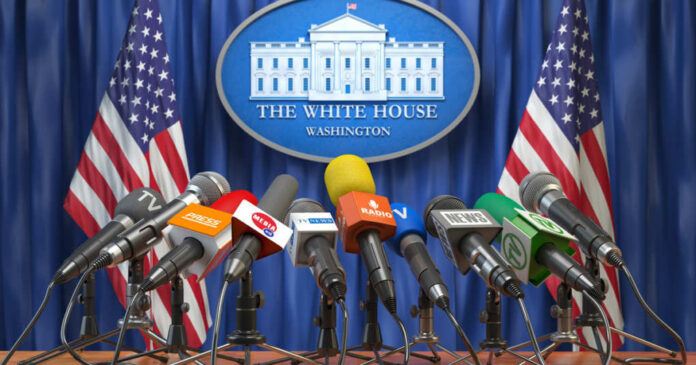 White House Press Secretary Jen Psaki has continued in her incredible verbal gymnastics in supporting the Biden administration agenda, but she was uniquely and hilariously, painted into a proverbial corner when a journalist attempted to pin down exactly why Americans should trust the administration in their instance on spending taxpayer dollars that they claim the taxpayer won’t be responsible for.

Psaki was asked, not whether or not President Joe Biden was correct, but rather why Americans should believe that the trillions of dollars in the new budget plan won’t actually cost the taxpayer a dime. To be clear, Biden is claiming that the  $3.5 trillion spending package will not add to the national debt because… well, we don’t really know, but apparently “it won’t.”

This is the question put to the press secretary on Wednesday when a reporter asked, “Does the President still believe that Build Back Better will not add a dime to the national debt?” To which Psaki responded, “Correct, it won’t.”

The reporter asked, “Why should Americans believe that?” to which the White House press officer analytically responded, “Because it won’t.”

Yeah, that’s actually how it went. It appears that the White House is looking for the American people to just accept that what they are saying is true. Just trust, no verification, and apparently no use of common sense, considering that mankind has been looking for a way to create currency without having to pay it back or devaluing the very currency being used, but apparently, that code has been cracked by the Biden administration.

Biden laid this out in September when he told reporters, “It is zero price tag on the debt we’re paying. We’re going to pay for everything we spend.” And just in case you thought he was confused talking off the cuff (because that really does happen quite a bit) he made a similar statement in a tweet (which was no doubt heavily edited, and possibly not even written by Biden himself) when the official POTUS account stated that, “My Build Back Better Agenda costs zero dollars. Instead of wasting money on tax breaks, loopholes, and tax evasion for big corporations and the wealthy, we can make a once-in-a-generation investment in working America. And it adds zero dollars to the national debt.”

But there are a few questions about how that could possibly be, considering … logic, and stuff. Washington Post fact-check Glenn Kessler called out Biden, calling it “misleading” and saying that “we’re pretty certain a deficit score of zero would only be accomplished with some dubious gimmicks that help disguise the true cost of Biden’s agenda.”

Oh, really? There’s not a magical card that allows people to gain something without someone else losing anything? The laws of physics and nature do indeed apply to the progressive Democratic agenda? And $3.2 trillion is a massive swatch of the American taxpayer budget and is going to have to come from somewhere? You don’t say. You don’t say where it is coming from, you certainly don’t outline exactly where it’s going, and you don’t say what the long-term effects will be.

Biden, Psaki, and many in Washington seem to believe that if they say something enough and talk to voters like they are mentally deficient for long enough, pounding the message through press briefings, traditional media, and social media, maybe we’ll just all believe it. But the one thing they forgot, is that the American people never get to stop balancing their checkbooks and it’s never going to sit well with any responsible adult that politicians feel they’re above that. Life doesn’t work that way, and the chickens will come home to roost sooner or later. And that, you can take to the bank.