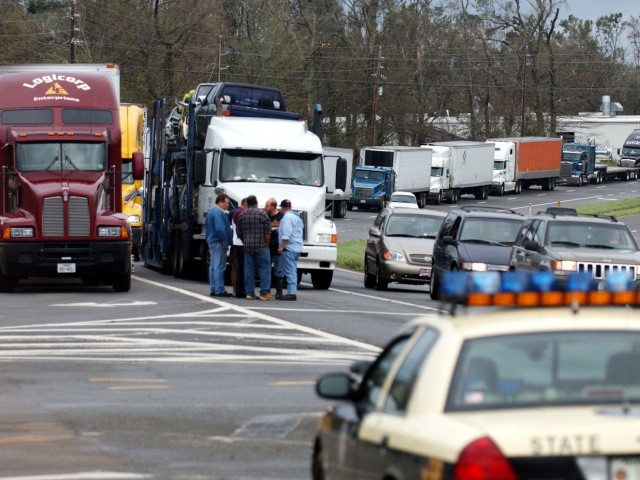 According to the American Trucking Associations, the industry is facing a shortage of an estimated 80,000 drivers.

A Jacksonville, Florida, television station reported on how the state is trying to attack truckers, including distributor Sysco, which is offering salaries of up to $110,000 a year and a $15,000 bonus.

News4 interviewed Florida truck driver Thomas Glass, who said not only are drivers getting good deals, but his company is paying referral bonuses.

“The bonus has been between three to five thousand dollars just to refer somebody to drive,” Glass said.

ABC reported on the role trucks play in the U.S. supply chain:

[Brad] Ball has been in the trucking industry for 25 years and now leads Roadmaster Drivers School. He says the truck driver shortage had been an issue prior to the pandemic.

In his annual State of the Industry and Association Address, published on its website on Monday, American Trucking Associations President and CEO Chris Spear praised the industry’s efforts to keep the country moving through the coronavirus pandemic and how it has continued work to address issues critical to trucking.

“Throughout this pandemic, truckers proved how we make a difference,” Spear said. “There was no playbook. Yet our drivers are once again this industry’s most valuable players.”

“You’re among an elite list of professionals that include scientists, first responders, and healthcare providers,” Spear said. “When many in this nation sheltered in place, you maintained composure and answered the call.”