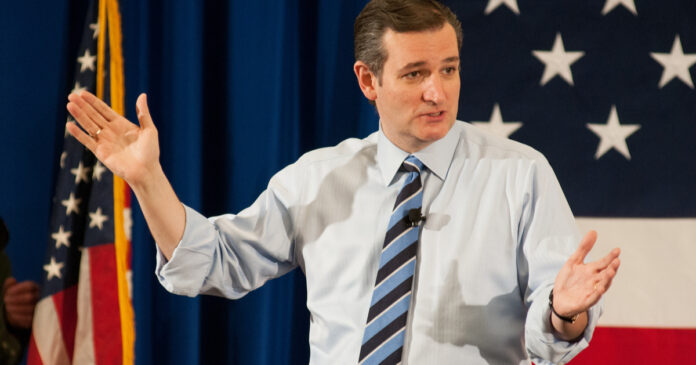 Why is it that the liberals will make laws that only inconvenience the conservatives? If they are going to pass legislation, it should inconvenience everyone. After all, Biden promised to bring unity to the country. So, at the very least, they should make everyone miserable.

For quite some time, the liberals have been allowing migrants to enter the country at the southern border. Then, thanks to Biden’s bright idea, he created the “catch and release” program that sends migrants into other parts of the country. Unfortunately, they’re being released into conservative areas — and no one seems to want them.

Senator Ted Cruz of Texas has a great idea on what to do with the migrants. We can always count on this conservative to not only speak his mind but also put the liberals in their place.

He was quick to point out the damage that has been done by the Biden administration over the past 10 months, which includes surrendering the U.S. border to the Mexican cartels. It created mayhem throughout many of the southern Texas border communities, including Del Rio and McAllen.

“That’s why today I am introducing this crucial legislation to alleviate the massive overload at the southern border by establishing new ports of entry in Democrat-led communities such as North Hero, Vermont where Bernie Sanders spends his summers, and Martha’s Vineyard, where Democrat elites host their cocktail parties.”

Let’s give it up for Cruz because he said what we’ve all been thinking. He wants to bring some of the processing centers to the Democrats. After all, the only ones to deal with the migrants at this point are the Republicans thanks to the ongoing border crisis.

The legislation would certainly hit the liberals where it hurts. However, it would give them a dose of the reality that they have shared with the communities along the southern border. What goes around comes around…

All of what Cruz is proposing makes sense. Why should conservative cities deal with all of the immigrants? If migration is so highly desired by the liberals, they should have no problem inviting them into their cities — and helping with the processing that goes along with it all.

If Cruz’s legislation were to go through, there would be 13 communities that would welcome new ports of entry. A mandate would be issued that all illegal immigrants captured within the Border Patrol Sectors of Texas would be transferred to one of these new ports.

As for the communities, they include many Dem-run areas of Rhode Island, Connecticut, Massachusetts, New York, Delaware, California, and Vermont.

The Biden administration wants to pretend as though there is no crisis. Month after month of record-breaking migration levels and they can still close their eyes and ignore the problem. Enough is enough.

Cruz explains, “Local Border Patrol Sectors in Texas continue to be overwhelmed by the volume of illegal aliens at the border. The Texas government has been forced to declare a state of disaster and provide its law enforcement and fiscal resources to address the crisis.”

This isn’t really punishing anyone. However, the legislation would spread the problem around the U.S. Perhaps if the liberals saw just how expensive and how problematic it is to process the sheer number of migrants entering the U.S., they could at least admit that there’s a crisis. Meanwhile, it would also help the Texas communities along the border to share the burden with the rest of the country.