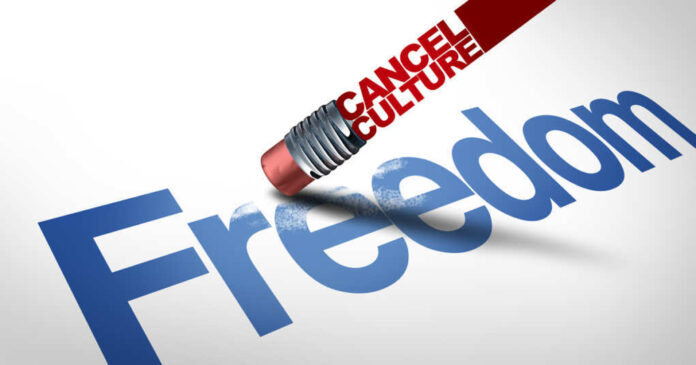 Free speech is a topic constantly being attacked here in America. From the streets of D.C. and LA to the remote spaces of Alaska, people are being told more and more that they need to become ‘woke’ and consider every possible group they could offend before making a statement. These views have been largely debated and found unreasonable by many.

In the wake of David Chappelle’s newest stand-up special The Closer on Netflix, the comedian has received numerous attacks on his jokes, as has Netflix. As a dear friend to Chappelle, a stand-up comedian, podcast host, and UFC in-ring interviewer Joe Rogan is a master at defending his friend from these attacks; and rightfully so. Joe too has been a target for his brand of comedy and political views over the years, so he is familiar with the demands of the left.

Joe took to The Joe Rogan Experience podcast to make his opinion of these events well known to all who gave a listen. “So, now you’re more upset about jokes…Now silence is violence…it becomes this weird control level. When you start equating jokes with real feelings, they are not the same thing.” He could not be more correct. Yes, jokes can make you feel a certain way, but that’s the intent.

Some may have been uncomfortable with Chappelle’s jokes. However, that also goes to show how unfamiliar they are with his stand-up routines and his comedy in general. He makes jokes about everyone. White, black, Asian, Latino, were all a part of his infamous ‘racial draft’ sketch. A sketch that people still laugh at uncontrollably. His inclusion of everyone in the comedy makes him impartial about who deserves a quick jab, thus removing the ‘hate’ stigma.

More than that, in this special he goes on to explain how his past use of the term ‘trannie’ was wrong, and how he learned about Daphne Dorman, and her struggles. Not the struggles as a transgender person, but her struggles as a comedian and making a name for herself. He in turn gave her a chance to open his set, and she bombed. Yet her infectious laughter during his set led to him doing more participation with her during his set. While she has unfortunately passed on, her family gave Chappelle their blessing and endorsement to tell the tale.

It is this blessing alone that makes the performance above reproach. If Daphne’s own loved ones know she would love it, and her mother is the one who got her connected with Chappelle, it should need no defense. However, Rogan is using this as an opportunity to remind people not to be so easily offended.

“These ideas that you can’t make fun of are dangerous, they aren’t good for anybody. They aren’t good for people who hold those ideas. The idea that no fun can be had about any of this is crazy”. He’s absolutely right. Comedy needs to be absolute, much like the written word. Chappelle’s special fall under the same rights and protections every American has under the freedom of speech.

Joe Rogan has probably heard some of the dirtiest and most offense jokes on the planet. He’s around fighters and other specially trained men and women on an almost daily basis. People trained to perform difficult acts of violence in the name of freedom, or simply saying ‘I’m better than you’. These people are an accurate representation of what America once was, and should still be. Perhaps instead of worrying about how everyone will see a joke before telling it, we need to worry about what we find funny, and not limit it to second-grade level knock-knock jokes.