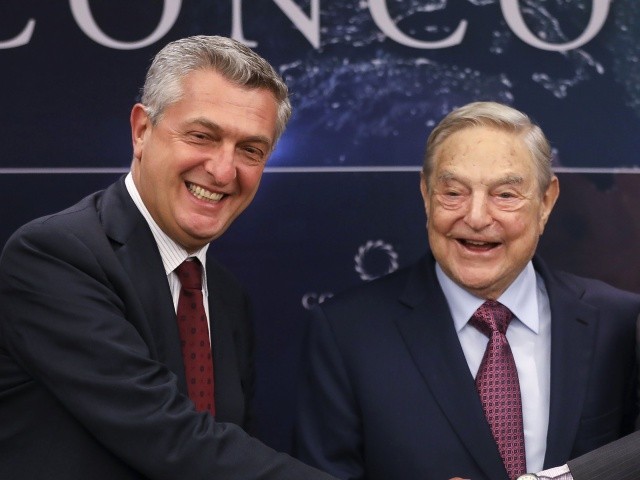 During a National Immigration Forum conference on Tuesday, Grandi urged Biden to ensure that more Afghans get resettled across the U.S. in addition to the roughly 67,000 Afghans who have already been flown into Philadelphia International Airport in Pennsylvania and Dulles International Airport in Virginia — 55,000 of whom remain living at U.S. military bases.

“There are millions of Afghan refugees preceding this crisis in Pakistan and Iran, in particular … [they] are in need of resettlement to third countries where they can be more secure,” Grandi said:

I hope that, with respect to the United States, a country that has recently and laudably — the president has really, importantly increased … the yearly resettlement quota to 125,000 — I hope that a sizeable chunk of that new quota can be utilized for Afghan refugees for those already existing in the vicinity of Afghanistan that deserve resettlement. [Emphasis added]

We need to increase resettlement to show these countries [close to Afghanistan] that they’re not alone, that there is a kind of responsibility-sharing on the part of the U.S. and other countries. [Emphasis added]

Soros, with deep ties to the United Nations, in August committed to spending $10 million to aid Biden’s massive resettlement operation. Specifically, the Soros funds are being used to bring as many Afghans as possible to the U.S. on “humanitarian parole” in the hopes of securing them refugee status in the future.

The call for more Afghans to be brought to the U.S. comes as serious vetting concerns have plagued Biden’s operation.

On Tuesday, Sen. Josh Hawley (R-MO) revealed that, amidst the U.S. withdrawal in Afghanistan, top Biden officials told officials on the ground to “err on the side of excess” when packing U.S.-bound planes with unvetted Afghans.

Already, three Afghan men brought to the U.S. as part of Biden’s operation have been charged with child sex crimes, domestic abuse, and rape. Others have been arrested for theft and robbery while living on U.S. military bases.

The Biden administration has been less than forthcoming about the vetting procedure for Afghans and those who sought entry to the U.S. but failed the screening process.

Rep. Andy Biggs (R-AZ) and Tom Tiffany (R-WI), along with other Sen. Chuck Grassley (R-IA), have sought information about the criminal records of Afghans brought to the U.S. and criminal cases occurring on the bases where they are being housed.

Thus far, Biden has not disclosed any such information.