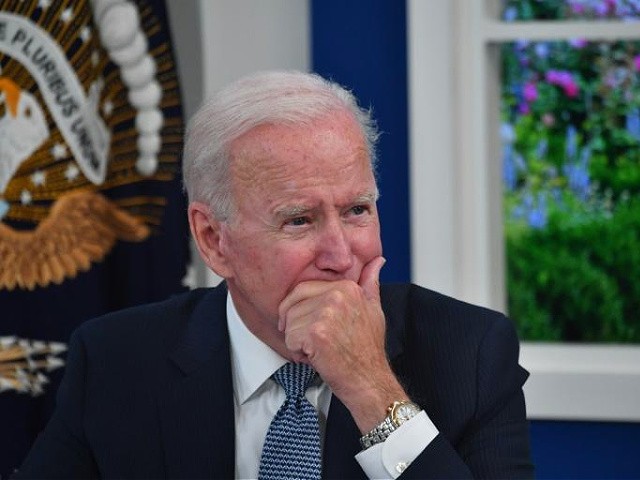 It’s Democrats and independents driving the declining economic confidence, from 52 percent of all U.S. adults at the start of his presidency to 44 percent now. Their softening faith could hinder Biden’s ability to lead and hurt Democrats’ position heading into the 2022 midterms.

While economic confidence has stayed virtually the same among Republicans between January and October, Democrats dropped from 86 percent to 71 percent, and independents decreased from 51 percent to 42 percent, according to the poll, which surveyed more than 1,000 U.S. adults between October 22 – 25 with a +- 3.3 percent margin of error at the 95 percent confidence level.

Despite the decrease in economic confidence, voters’ faith in the president’s ability to make the Chinese coronavirus vaccine has increased. However — in what Axios called an “ominous sign” — only two in ten Americans think “Biden can convince vaccine skeptics to take the shot.”

Cliff Young, president of Ipsos U.S. Public Affairs, told the publication that Biden’s messaging is “focused on the wrong problem” as far as the pandemic is concerned. Young told Axios:

According to Ipsos pollster and senior vice president Chris Jackson, confusion around the Chinese coronavirus could “deepen their unease.”

“There’s this huge mushiness about who’s protected, how much they’re protected,” he told the outlet, noting that Democrats have always been more worried than Republicans about the pandemic. “They still don’t necessarily think they’re safe.”