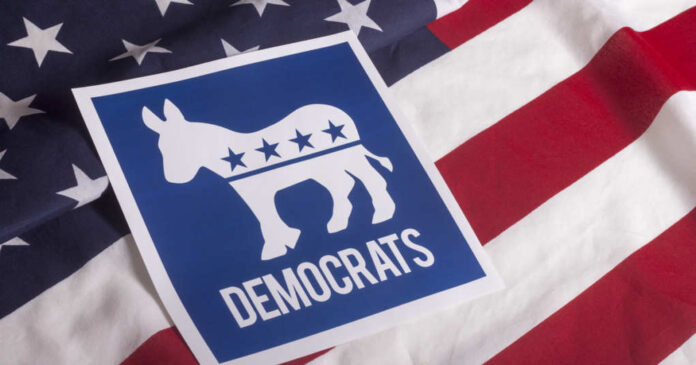 The lousy Democrats are working overtime to try and pass every bill they can before the midterm elections. They know that the general population hates them and what they stand for. The liberal Senate wants voting laws that would favor the Democratic Party for generations to come. The reform would allow them to commit fraud and never get caught again.

The Republicans are keeping their eyes on the liberals and every attempt to pass the lousy election bill. For the third time this year alone, the conservatives have the liberals change the rules to tip in their favor.

The sole purpose of the Democrats wanting to change the elections laws on the federal level is to nullify the recent changes many states have made to their laws. The liberals are so fearful that they will lose the loopholes at cheating that they are willing to destroy state sovereignty to get what they want.

Federal Democrats do not like the states being able to govern themselves, and they believe that each region should submit to a higher power and obey the national dictator. But that will never happen in America as long as the Constitution remains in place.

Democrats are sneaky and deceptive. They know that they must change the way the Senate operates to get their bills passed. Some of the devilish liberals want to remove the filibuster, which requires support from the opposing party to pass bills. The filibuster is the one thing that keeps laws from changing rapidly in American when one party takes over in government.

The Democrats need to put as much pressure as they can people to get rid of the filibuster so they can destroy America as it exists today. Senator Agnus King has recently concluded that it would be the right thing to do. He stated, “I’ve concluded that democracy itself is more important than any Senate rule.”  He has even admitted that removing the filibuster would cause severe problems for future generations. But he does not care about future generations. The typical Democrat cares only about themselves and no one else.

Mitch McConnell has labeled the Democrats bill as nothing more than an “election takeover scheme.” They want to force states to universalize their elections laws instead of letting them govern themselves.

Chuck Schumer even goes so far as to vilify the Republicans for not voting in favor of the bill. He stated in hate that “What we can’t accept is a situation where one side is calling for bipartisan debate and bipartisan cooperation while the other refuses to even engage in a dialogue.”

And just like a spoiled brat, Schumer wants to do away with the rules that keep things stable from one transition to the next.

The lousy Democrats have tried three different times to try and get their way. And each time, the Republicans have stood in their way. Instead of compromising with the conservatives, the liberals would rather throw a fit and cry about not getting their way.

There have been a few attempts to develop a bipartisan bill, but the Democrats are way too greedy to agree with anything the Republicans come up with. The liberals want everything their way, or there is going to be no cooperation.

McConnell stated very clearly that “The latest umpteenth iteration (of the bill) is only a compromise in the sense that the left and the far-left argued among themselves about exactly how much power to grab and in which areas. The same rotten core is all still there.”

The Democrats are willing to change surface options but are unwilling to give up core details. They need the core to pass to rip off the American people every time there is an election.

Time is running out for them to get anything done. And their voters are ticked off because they have not done one thing to improve the country. All they have done is make things increasingly worse. Donald Trump had the nation growing and prospering. But Biden has taken all the prosperity away and replaced it with destruction.