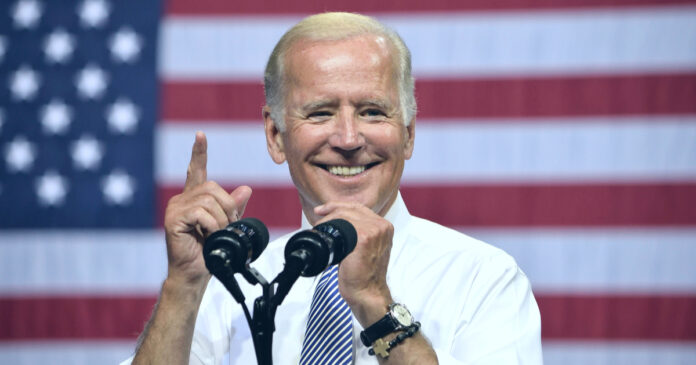 Joe Biden has smelled the blood in the water now that the Democrats are losing ground nationally with voters. Americans on both sides of the political fence are fed up with how Biden is constantly attacking freedom and pushing progressive socialism as the new norm. The United States is a free country, and there is not a true American who will accept a dictatorship style of rule.

The Democrats have to fight on several fronts to get the changes they need to stay in power. One of the more controversial issues is the massive spending bill that has been shot down several times. Joe Biden wanted to see the bill pass because it has a bunch of socialistic principles laced inside the wording that would have given the Democrats an upper hand in future elections and upcoming events.

But with the pressure of the midterm elections weighing down on the Democrats, many of them have turned to their campaigns and have cut ties with the drama of the White House, hoping to salvage any hopes of a reelection campaign.

Creepy Biden has also felt the pressure because many people who once worked with the old man are now resisting a lot of the changes he wants to see. And now Biden has to decide to scale back his endeavors because the country is not and will never be ready to accept him as its dorky socialist dictator.

The president scaled back his bill because he wanted to get it passed. So, he decided to remove a lot of the progressive wish items that keep it from passing in the Senate. Biden is already working behind the scenes to get the opposition leaders all on the same page. Nancy Pelosi has failed to unite the party, so old man Biden is taking a crack at it.

The failure of the Democratic Party is hurting their chances at reelection. All they have done is complain and fight with everyone, and they are a divided party.

The Associated Press reported that the “Democrats appeared ready to abandon what had been a loftier $3.5 trillion package in favor of a smaller, more workable proposal that can unite the party and win passage in the closely divided Congress.” And since they are a divided house, they cannot come to a compromise to pass the bill.

The progressives and the moderates all want to see elements of their wish list in the bill, but neither side is willing to give up their agenda to get anything accomplished. And the country is falling into disrepair because they are so focused on themselves that they cannot solve even the most straightforward issues.

Biden had his puppet press secretary tell the media that all is well in the Democratic Party. But the truth is that they are still fighting because they will not give their wish list.

The parts of the bill on the chopping block are contested, such as legal immunity for all illegals currently in the country. He wants to tear down the current energy structure and replace it with a non-sustainable source of power.

Biden wants to bring as many illegals as he can into the country to give them legal status. It is his deceptive way of padding liberal votes. He wants to force people to accept alternative methods of energy production, and he is willing to bankrupt the country to get it done.

The Daily Wire has reported that “Manchin opposes both the administration’s original plan of grants and incentives to encourage clean energy production, as well as a ‘carbon tax’ on greenhouse gas emissions favored by progressive Democrats.”

At the heart of the issue is liberal greed. Everyone wants their items in the bill, and they do not want to see any part of it cut. But while they are all fighting about it, the midterm elections are growing closure which means they are running out of time to destroy America.