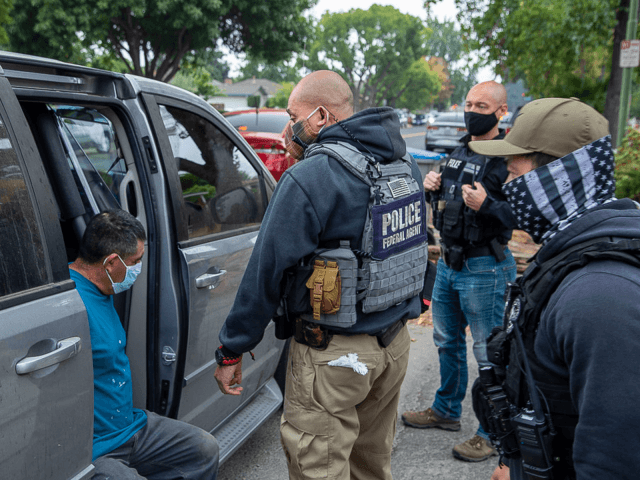 On Wednesday, DHS Secretary Alejandro Mayorkas announced new guidance to ICE and Customs and Border Protection (CBP) that creates a number of “protected areas” for illegal aliens where they cannot be arrested, including protests, rehab facilities, and homeless shelters.

In comparison, American citizens can be arrested for crimes in any location.

“We can accomplish our law enforcement mission without denying individuals access to needed medical care, children access to their schools, the displaced access to food and shelter, people of faith access to their places of worship, and more,” Mayorkas said.

The policy, which takes effect immediately, seeks to prevent ICE agents from arresting illegal aliens while they are partaking in “essential services or engagement in essential activities.”

The list of “protected areas” for illegal aliens include:

Illegal aliens who are considered a national security threat, pose an imminent danger, or who are in hot pursuit with ICE agents are exempt from the “protected areas” guidance.

Likewise, this month, Mayorkas issued guidance that effectively shuts down interior immigration enforcement at workplaces where employers are reported for hiring many illegal aliens. Instead, illegal aliens will be shielded from federal immigration law in such scenarios and could even secure legal status by reporting their employers.

Meanwhile, arrests of illegal aliens have already dropped dramatically thanks to Biden’s “sanctuary country” orders that were initially issued in February. The orders prevent ICE agents from arresting and deporting most illegal aliens unless they are a “current threat to public safety.”

As a result, arrests of illegal aliens by ICE agents have fallen to the lowest level in more than a decade with just 72,000 arrests being made from October 1, 2020 to September 30.