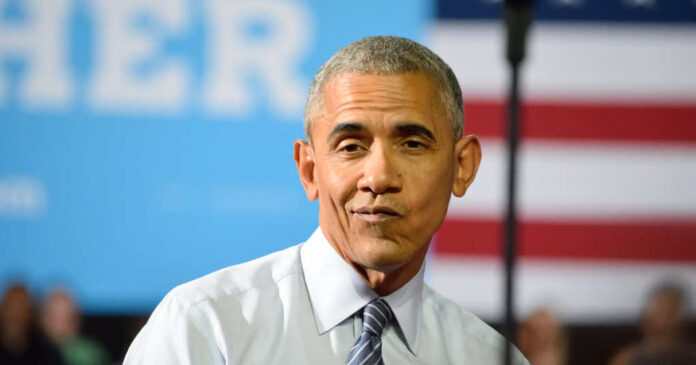 Former President Barack Obama was one of the first in line to light a torch for the #MeToo and #BelieveWomen movements when conservatives like former President Donald Trump or Supreme Court Justice Brett Kavanaugh were being accused of crimes against women. But the question before us today is how the former president feels about accusations when the proverbial shoe is on the other foot.

It’s no great secret that in politics, as in life, we’re all looking for a quick excuse to dismiss what we wish weren’t there in the first place, and accusations against politicians for inappropriate or illegal behavior with women is as good a place as any to start. However, Obama might have tipped his hand when he went out of his way to condemn  Virginia Republican gubernatorial candidate Glenn Youngkin for focusing on what some would call hot-button education issues during his campaign, including those who claim to have been assaulted during their time in the public school system.

The Virginia race, which is likely to be an important one, has, according to Obama, caused “fake outrage” among Virginia parents and education advocates who have said that the former president’s comments about some serious issues of assault in their school system were “tone-deaf” and “clueless.”

“We don’t have time to be wasting on these phony trumped-up culture wars, this fake outrage that right-wing media peddles to juice their ratings,” Obama said while campaigning for Democrat Terry McAuliffe on Saturday. “Instead of stoking anger aimed at school boards and administrators, who are just trying to keep our kids safe… we should be making it easier for teachers and schools to give our kids the world-class education they deserve, and to do so safely while they are in the classroom,” Obama said.

These statements were hinged on the allegations that Loudoun County Superintendent Scott Ziegler and the school board assisted in the coverup of a report that a male student in a skirt allegedly assaulted a female student in a girls’ bathroom.

The former president claimed that Youngkin’s tendency to focus on the assaults in schools was him avoiding “serious problems that affect serious people, which Brandon Michon, a frustrated father of three in Loudoun County, Virginia, told Fox News on Sunday called “the most tone-deaf statement I have ever heard,” on Fox News Sunday.

“First and foremost, everything that has come up with the cover-up in Loudoun County has to do with a sexual assault on girls. To say that this is trumped-up as a political thing is laughable.”

One of the reasons for the alleged coverup was that the board was contemplating major changes, particularly to accommodate the wishes of children who claimed to be transgender getting to use whatever bathroom they wished. However, an email was leaked last week that showed that Ziegler told the board about the assault a month before he said in public that he had no record of the same assaults, something that prosecutors confirmed was the same instance of a young man who is accused of the many sexual assaults.

Parents were, understandably, infuriated and demanded that Ziegler resign, and Younkin has joined in their demands.

“Obama is clearly clueless or intentionally misleading the crowd,” Laura Zorc, director of education reform at Building Education for Students Together (BEST), told Fox News in an interview on Sunday. “Parents are fed up with politics being forced down the throats of our kids,” Zorc added. “Parental rights is on the ballot in Virginia. This is not a Republican or a Democrat issue – it’s a parents issue.”

This is the topic that Obama says is him “avoiding” the serious issues. This is the person that liberals look up to as a beacon of morality. This is an example of the shifting sand that the Democratic National Convention is built on, and it’s a demonstration of how expendable people are in pursuit of the cause.