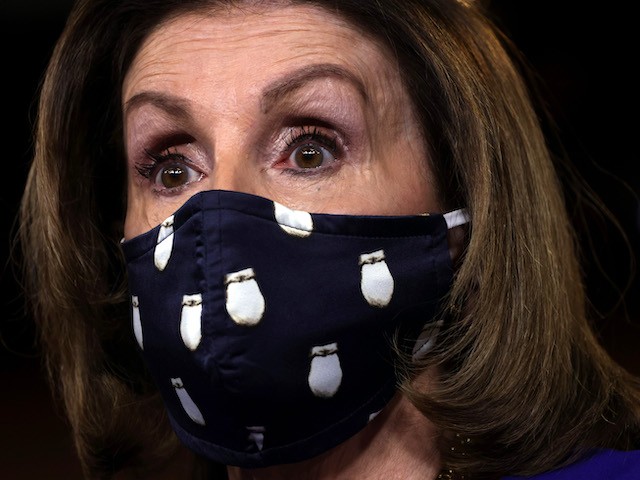 Pelosi slated to have the House vote on the so-called bipartisan infrastructure bill, or the Infrastructure Investment and Jobs Act on Thursday.

The bill passed through the Senate in August with the help of 19 Senate Republicans but has since languished in the House as progressives and moderates cannot agree on how to apply President Joe Biden’s dual-pronged strategy to pass the bipartisan infrastructure bill and the reconciliation infrastructure bill, or the Build Back Better Act.

The House will instead on Thursday evening vote on a temporary extension of the surface transportation bill, which is the legislative vehicle for the so-called bipartisan infrastructure bill. The bill will extend the highway program to December 3.

Pelosi previously punted the vote on the bipartisan infrastructure bill after she could not cobble together her razor-thin majority to pass through the House.

Reports suggest that Democrats will leave for the weekend with their legislative agenda in peril and will come back next week to consider the passage of the bipartisan bill.

Pelosi’s postponed vote comes as she held a press conference Thursday afternoon in which she claimed Democrats are on a “path” to passing their dual infrastructure bills. She did not answer reporters’ questions however, at the end of the press conference, when pressed about if she would hold a vote on Thursday.

Pelosi faced strong opposition from the Congressional Progressive Caucus (CPC), which demanded that they vote on the dual infrastructure bills together in the House. The leftists also wanted Sens. Joe Manchin (D-WV) and Kyrsten Sinema (D-AZ) to endorse the Build Back Better Act before moving forward.

“This cannot be accomplished without legislative text that can be fully assessed and agreed upon by all parties, including 218 Representatives and all 50 senators in the Democratic Caucus,” the leftists wrote.