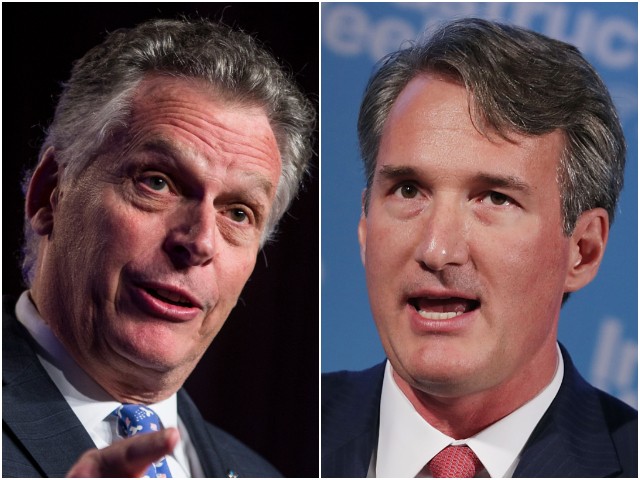 The latest Fox News Poll shows that Youngkin’s momentum has dramatically shifted over the course of two weeks, climbing up from a five-point deficit to take a commanding lead over McAuliffe – 53 percent to 45 percent among likely voters.

The dramatic shift largely stems from McAuliffe’s position on education, which has been dismissive toward parental concerns regarding extremist views being pushed in the classroom, generating a spike in GOP enthusiasm. According to the poll, “79 percent of Youngkin supporters are ‘extremely’ interested in the election compared to 69 percent of McAuliffe supporters.”

Youngkin has pledged to ban Critical Race Theory (CRT) in Virginia schools, while McAuliffe has charged Republicans with creating a phantom enemy. In the final debate, McAuliffe even went so far as to say that parents should not be “telling schools what they should teach.” As The Hill noted, McAuliffe’s comments have proved to be a costly blunder that has mobilized suburban parents.

Those 10 words – deserving of a top listing in the Hall of Fame of Political Blunders – may prove to be the turning point in a race in which McAuliffe was expected to cruise to victory, especially since Joe Biden won the blue state by more than 10 points on his way to the presidency in 2020.

Democratic pollster Chris Anderson, who conducts the Fox News poll along with Republican Daron Shaw, said that McAuliffe would need a huge “get out the vote effort” if he wants to generate stronger momentum.

“With the race essentially tied among the full registered voter universe, McAuliffe could still pull this off,” Anderson said. “But it would take something big to ignite enthusiasm for McAuliffe’s candidacy and a massively effective get out the vote effort.”

Daron Shaw concurred that education is clearly a top issue, with the poll showing that parents have swung from backing McAuliffe’s position by 10 points all the way to supporting Youngkin by 14 points. Shaw said:

Education is a top issue, which is usually good news for the Democrats since they are typically seen as more capable in that domain. But Youngkin has turned the issue on its head so it’s about curriculum and parent involvement rather than spending. The result is the GOP is currently preferred on perhaps the critical issue for this election.

More results from the poll:

Among all likely voters, trust on education moved from McAuliffe by two points to Youngkin by eight.

The survey finds similar shifts in the last two weeks on other issues measured. The candidates are roughly even on coronavirus (Youngkin +1). McAuliffe had been favored by 12 points.

On the economy, more voters trust Youngkin by 11 points, while the candidates tied previously.

Youngkin also comes out on top on handling crime (by 12 points).

A majority of the small subgroup of independents prefers Youngkin, a reversal from earlier this month when they narrowly went for McAuliffe. Despite the group’s small size, the Republican’s current 22-point advantage is significant.

Republicans have not won a statewide election in Virginia since 2009.

The Fox News Poll interviewed 1,212 registered Virginia voters between October 24-27, 2021 under the joint direction of Beacon Research (D) and Shaw & Company (R), with a margin of error of “plus or minus 2.5 percentage points for the registered voter sample and 3 points for likely voters.”