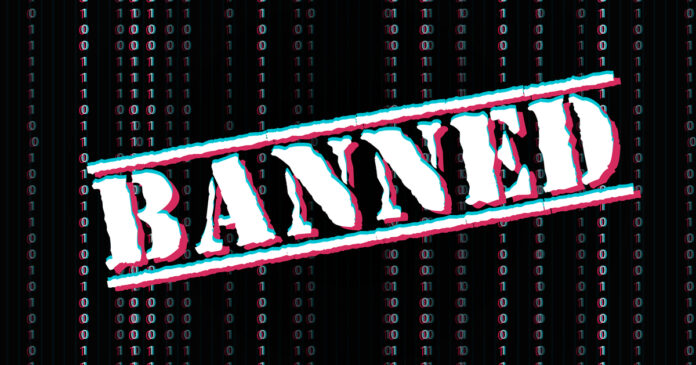 The Twitter police have been over-active once again. The social media giant locked the Twitter account of Rep. Jim Banks (R-IN) after he called one of the Biden administration’s transgender officials a “man.”

Banks was referencing Department of Health and Human Services Assistant Secretary Rachel Levine. This official identifies as a transgender woman.

Mary Margaret Olohan of the Daily Signal tweeted a message on Sunday that said Twitter had censored @RepJimBanks for calling HHS’ Rachel Levine a man. She relayed that Banks would be locked out of his account until he deleted the message which said: “The title of first female four-star officer gets taken by a man.”

The actual tweet seems to have been removed from Bank’s account by Sunday afternoon. But there were other tweets posted that bashed Levine for becoming the first-ever female four-star admiral within the U.S. Public Health Services (USPHS) Commissioned Corps on Tuesday.

Banks tweeted on October 19, “Calling someone that was born and lived as a man for 54 years the first ‘female’ four-star officer is an insult to every little girl who dreams of breaking glass ceilings one day.”

President Joe Biden’s administration named Levine, 63, the “first-ever female four-star admiral” of the USPHS Commissioned Corps just last week in a statement from the U.S. Department of Health and Human Services. Rachel Levine was formally known as Richard Levine. He completed his gender reassignment surgery in 2013.

They also indicated that Admiral Rachel Levine, who served as the HHS Assistant Secretary for Health and head of the U.S. Public Health Service (USPHS) Commissioned Corps, had been ceremonially sworn in as a four-star admiral.

The statement stated that Admiral Levine would now serve as the highest-ranking official in the USPHS Commissioned Corps. Levine would be the first-ever female four-star admiral and would lead 6,000 Public Health Service officers.  This team would continue to be dedicated to serving our nation’s most underserved and vulnerable populations.

The HHS statement proudly said that their historic announcement would build on the accomplishments of LGBTQ+ History Month and it was a major step forward as the administration works to create a more inclusive society.

Levine said that it was a momentous occasion and she was honored to take the new role. She believes she will make an impact in the role and understood the historic nature of what the move symbolizes.

Levine noted that she stood on the shoulders of those LGBTQ+ individuals who went before her, both those known and unknown. She hopes that the appointment would be the first of many more to come as the government creates a diverse and more inclusive future.

The new secretary boasted that “Diversity makes us stronger,” and that “Each person has a different perspective and different strengths that they bring to make the whole community stronger. The time is now for our country to continue to move the bar forward for diversity. And I am proud to wear this uniform and answer that call.”

So, as Rep. Jim Banks learned, you have to be very careful in the politically correct landscape today. Don’t focus on the gender at birth, or the 50+ years of history an individual has. Your Twitter account is hanging in the balance.